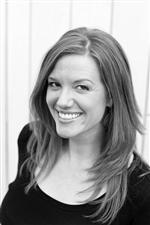 Sara Hackman is an Autistic and Emotional Support Itinerant teacher, serving Gray's Woods Elementary School.Sara is a State College Area School District graduate. Following graduation in 2000, she attended Clarion University in Clarion, PA where she majored in Elementary, and Special Education, and minored in dance. During college she participated in the annual Clarion University Dance Concert, was secretary of the Clarion University Archery Club, and President of Koinonia Christian Fellowship. While serving in Koinonia, she founded, directed, and performed in the annual Koinonia Dance Concert.During the 2006-2007 school year she was working as a Learning Support teacher at Balfour Elementary, in the Asheboro City School District in Asheboro, North Carolina. Prior to that she was a long term substitute for the Altoona School District in Altoona, Pennsylvania. She is happy to call State College, PA home again.In the summer time Sara has remained very active. She has worked at local Camp Kanesatake (Spruce Creek, Pennsylvania) since the age of 13, working as a Junior Counselor (4 years), Counselor (2 years), and finally, Program Manager (3 years). In 2005 she had the privilege of pioneering and directing Teen Challenge Camp and Servant's Camp at Lamar Lighthouse Camp in Lamar, Pennsylvania. In the summer of 2006 she had the unique opportunity to travel to Surabaya and Bali, Indonesia where she worked and lived with a family who have called Indonesia home for approximately 16 years. While in Indonesia she worked with Liz Hartensveld in planning and leading a weekly children's ministry, planning and directing a children's camp, conducting a teacher's training, assisting in food distributions, and working with women, teens, and children.Because Sara loves traveling and learning about other cultures, she completed her Master's Degree in 2010 at Drexel University in Global and International Education.  In her free time Sara also enjoys cooking, baking, reading, spending time with friends and family, spending time outdoors, biking, hiking, traveling (especially to Bar Harbor, Maine), listening to various kinds of music, and dancing.  She has done work with State College Community Theatre, most recently serving as the Choreographer for 'Legally Blonde:  She is very thankful to be working with such great boys and girls in the State College area!
Copyright © 2002-2023 Blackboard, Inc. All rights reserved.