Life after high school may seem far off for a middle school student, but the Delta Program recently helped bridge the gap.

Delta’s Middle Level held its first Career Day with two events that provided glimpses into the unfamiliar worlds of work and college. In the morning, students attended three career panels based on their areas of interest, listening to local residents invited to discuss their jobs and career paths. Then in the afternoon, a Post-Secondary College and Career Fair in the cafeteria gathered representatives from 12 schools and the Air Force to share information and answer questions.

“The more exposure, the more connections students can make with the community, the more they can just start thinking,” Larson said. “The big thing we wanted to focus on was not to have this fixed mindset of: ‘I want to be this and nothing else and I can’t move on from that.’ We wanted students just to explore many things and know that things change. People go through many paths — that’s what I really wanted to focus on.”

Additionally, Delta staff members formed three panels to talk about their own career choices. Students then could browse the fair, filling out a bingo-like card with representative signatures while asking questions as they had practiced the day before in preparation. Conversation tips included shaking hands, maintaining eye contact and letting their personalities shine.

If they wished, Delta high school students could visit the fair, and several took the opportunity to peruse the tables. 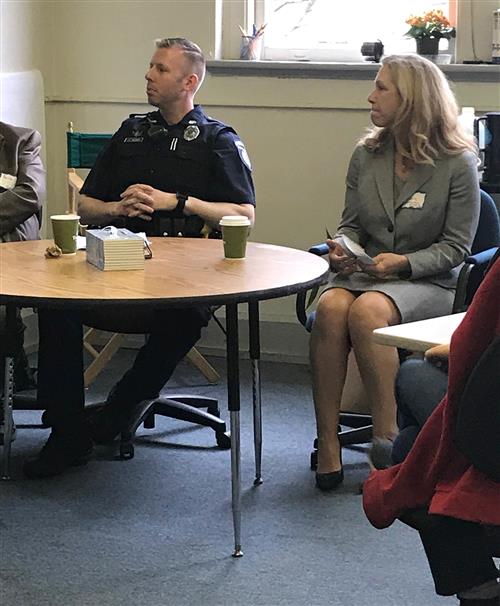 Attending the law, military and business panels, seventh-grader Sarah Ross learned about entrepreneurship and the wide range of military occupations, among other nuggets. She also came away with a better sense of which classes might be useful for paths that interest her.

“I think this will help me in high school so I’m more prepared for college,” she said.

Seventh-grader Maddie Rockower chose the English, psychology and early childhood development panels, the last of which because she enjoys babysitting and interacting with small children. “Listening to what people had to say, I was even more interested in what I was thinking about doing,” she said.

Overall, she thought, the day was beneficial for her and her classmates.

“I think it’s important for us, even though we’re at a young age, to still experience some of this,” she said. “It’s not that we have to know now, but we still can get some ideas of what we’re interested in.” 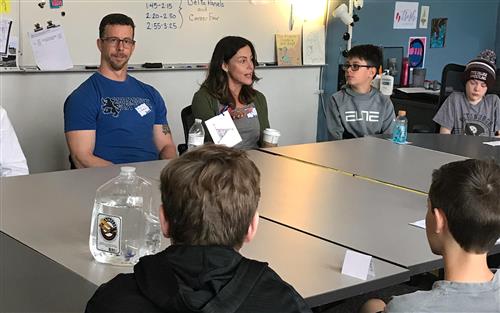