Adam Schram took his one-man show to Harrisburg, and the critics declared it a hit.

Schram, a Delta Program senior, took second place in the state in the Poetry Out Loud - National Recitation Contest, one of 15 regional finalists who emerged from a crowd of 5,700 students from 118 schools. As the state runner-up, he became the official alternate for the national competition at George Washington University.

In the annual contest, participants recite three poems they choose from an extensive online library that spans different eras. Schram selected “Y2K” by Therese Lloyd, “Dover Beach” by Matthew Arnold and “Respiration” by Jamaal May, and read them in that order. Despite bringing little theater background to his first try at poetry recitation, he proved to be a natural, mainly from adopting a casual, conversational delivery better suited to him than dramatic flourishes.

While the champion pursued a theatrical approach, Schram relied on the strength of his richly-toned voice, an instrument he hopes to use someday for radio or recording.

“Fortunately, Adam is blessed with a powerfully resonant speaking voice, and he has developed an appreciation and understanding of poetry that is evident in his presentation,” Delta English teacher Gary Masquelier says.

He and fellow Delta English teacher Amy Allison helped Schram prepare, initially urging him to peruse the contest library — a “veritable smorgasbord for poetry lovers,” Allison notes — and pick works he loved. Once his choices were memorized, they mapped out interpretations and emphasis.

Schram’s inspiration for delving into an ancient art stemmed from a class two years ago. After he recited a poem for extra credit, admiring friends with contest experience encouraged him to enter. This year, he finally took the plunge, motivated also by a desire to dispel any stereotypes of poetry reading as unmanly.

“I wanted to send a message to people that performing poetry isn’t bad in any sense,” he says. “In fact, I think it’s quite a beautiful form of expression.”

Crediting his success to Allison and Masquelier, Schram thanked them for “letting me murder their eardrums as I was first getting to understand what I was doing.” In the process, he learned to employ “dramatic appropriateness,” when to inject emotion and avoid sounding bland.

He turned out to be quick study, but performing was a revelation to him. Never before had he sought to express another person’s vision while standing in front of emotionless judges. Humor, pathos: Nothing prompted even a hint of a reaction, but Schram wasn’t fazed.

“You have to focus,” he says. “I don’t think I’ve ever had to use my brain more than in that moment.”

Communication in general, though, comes easily to him; he chairs the Delta student council, has served as a school board student representative, and loves to write. Ironically, he doesn’t compose his own verse, preferring to be an aficionado and performer.

“When you let words out of your mouth and express yourself in your own way, it’s a release,” he says. “It’s a kind of exhale. When all is said and done, you can relax.” 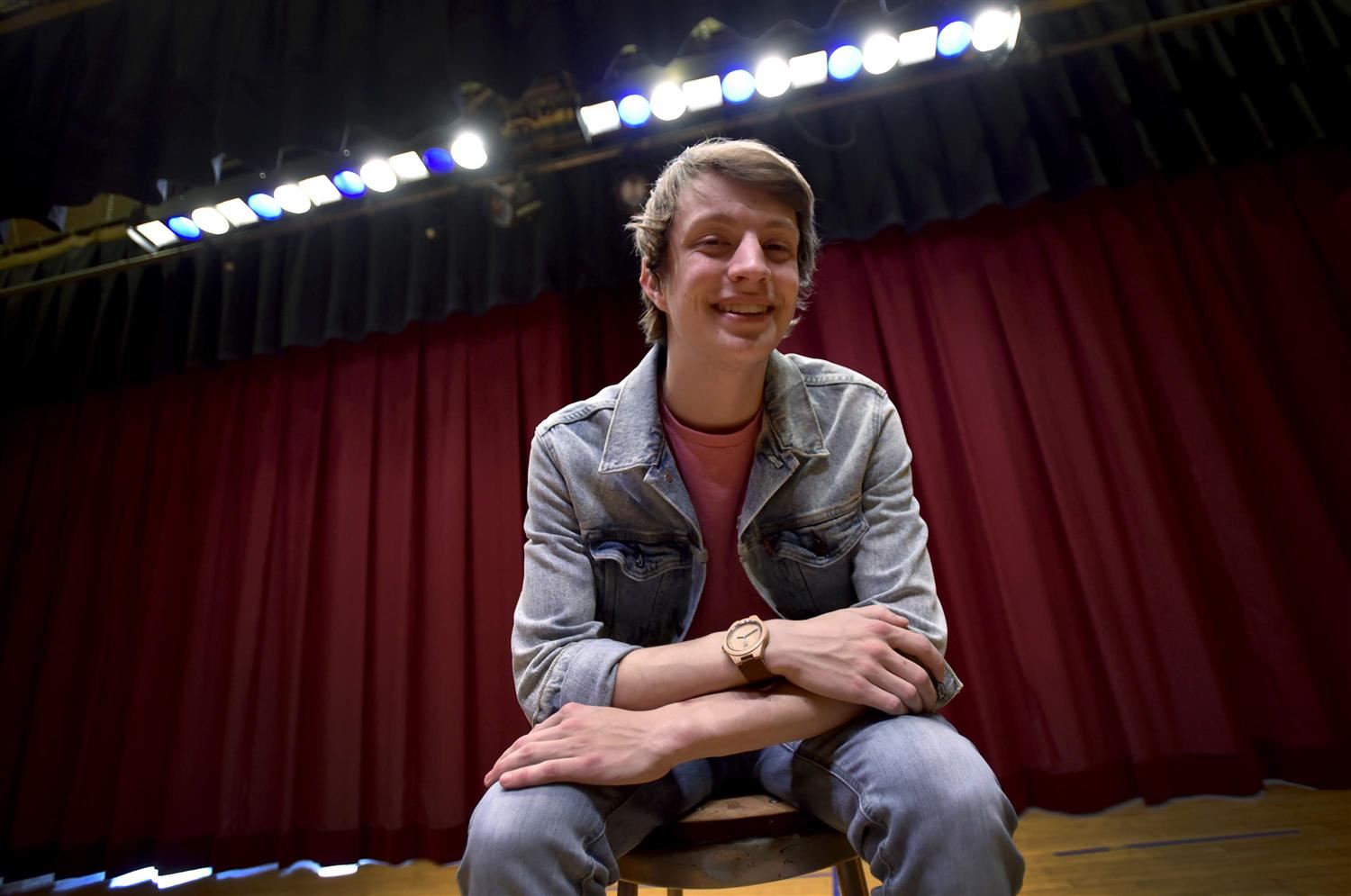