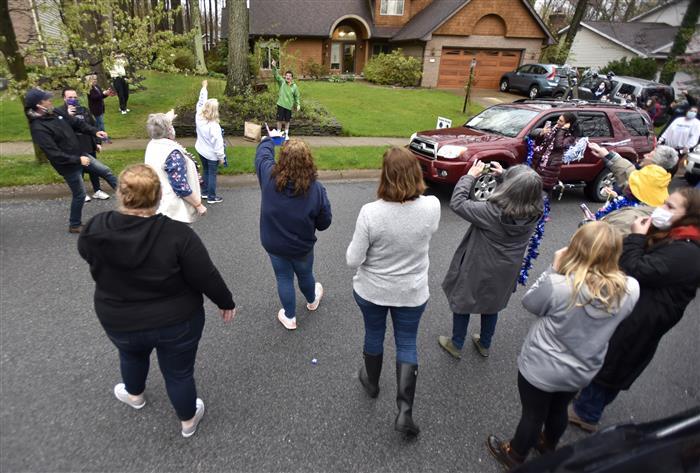 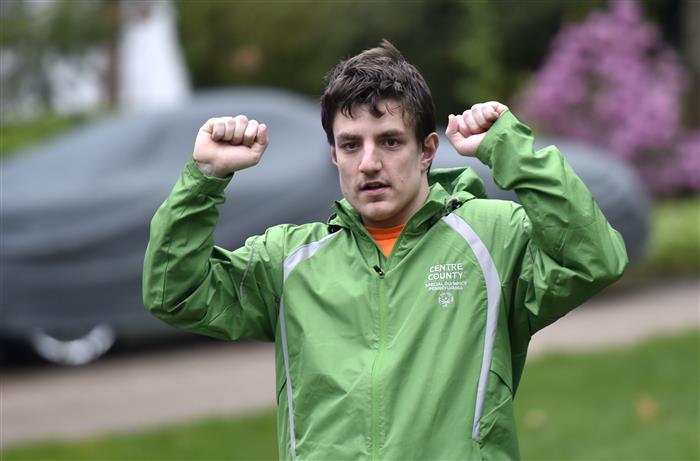 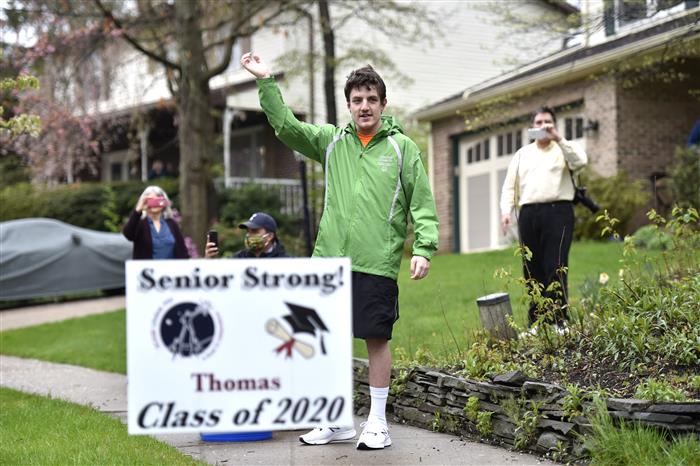 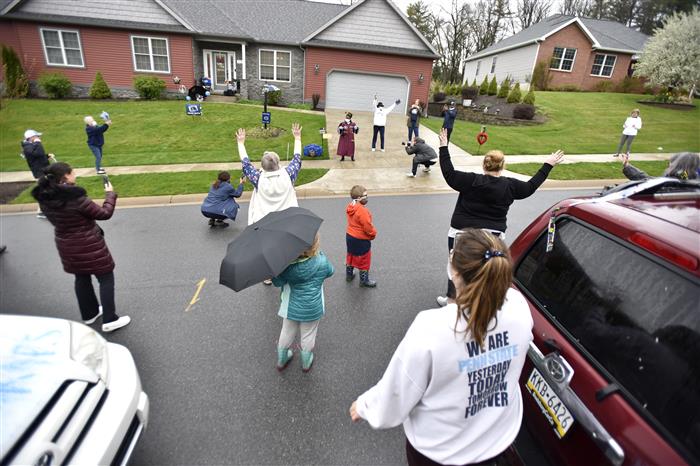 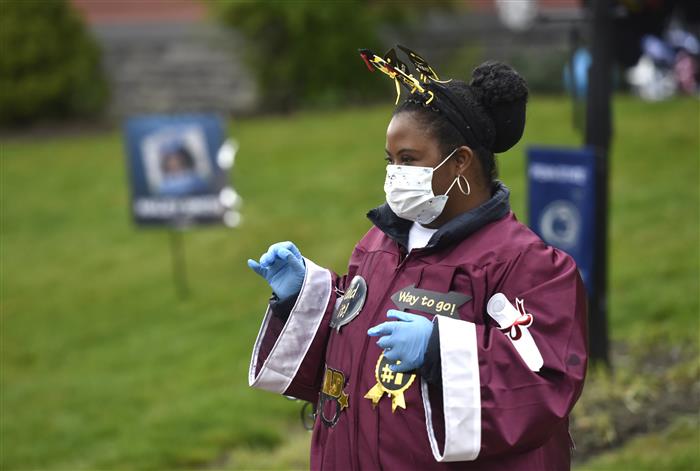 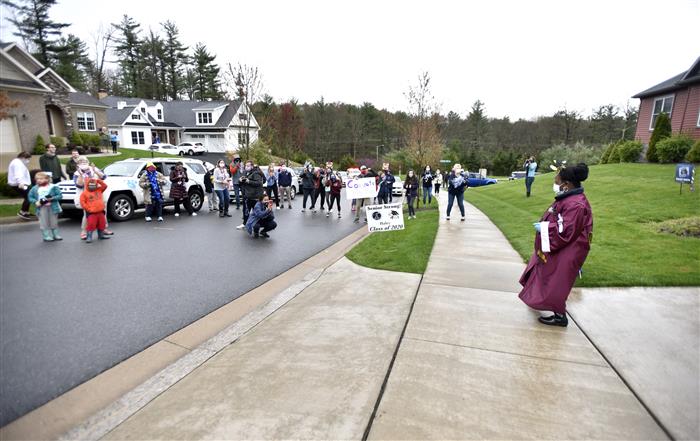 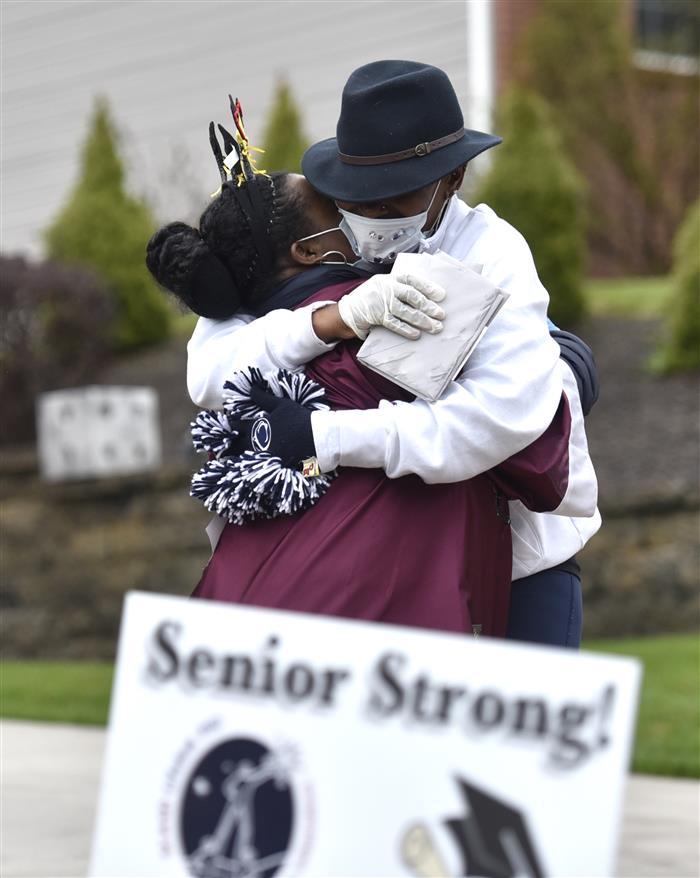 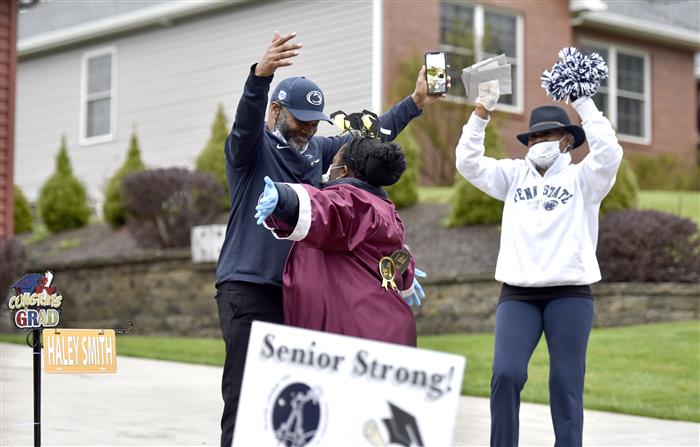 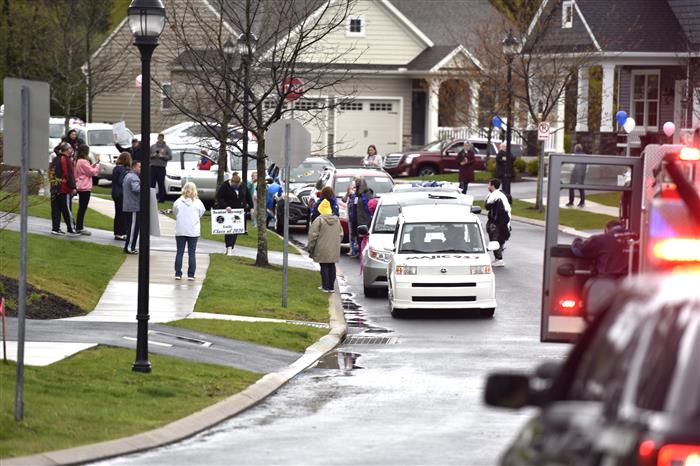 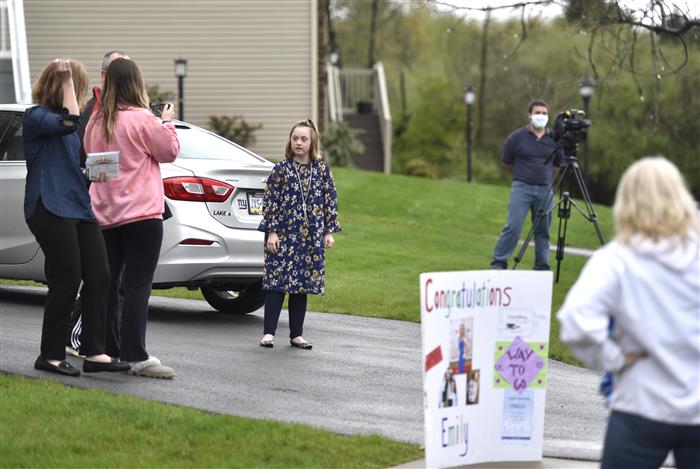 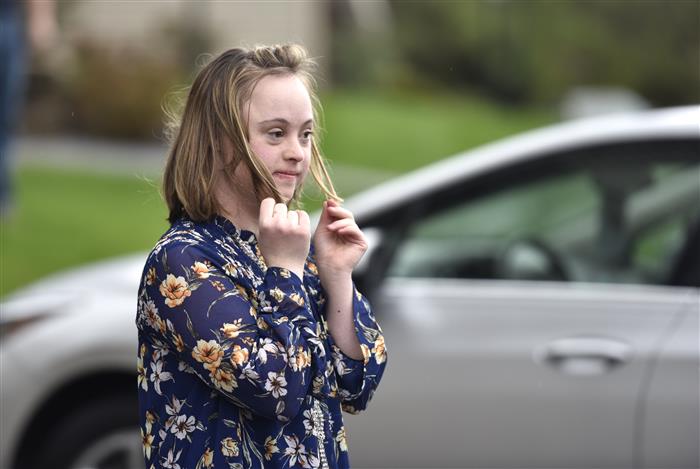 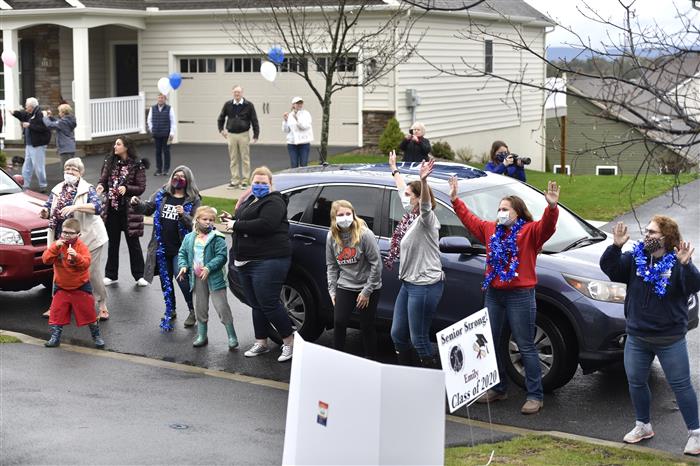 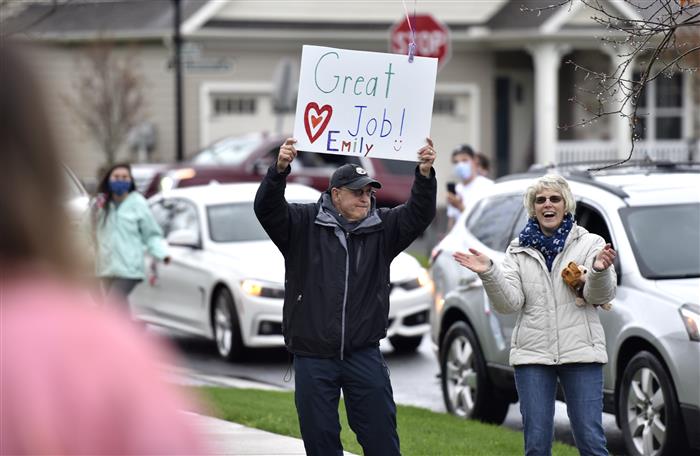 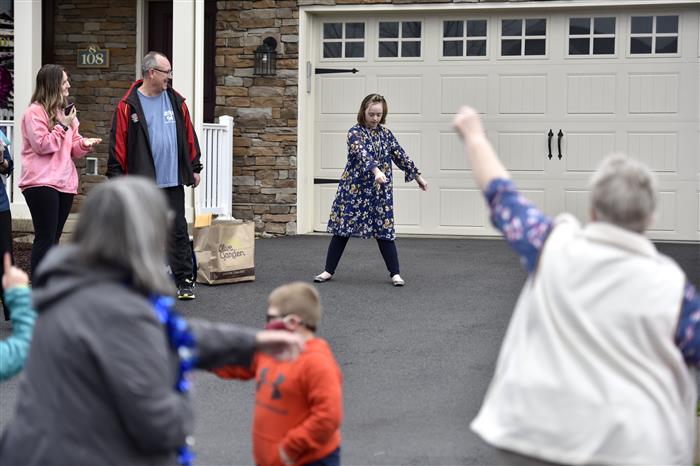 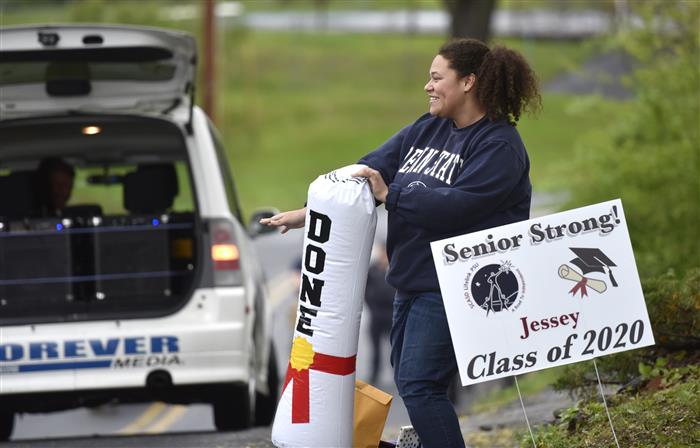 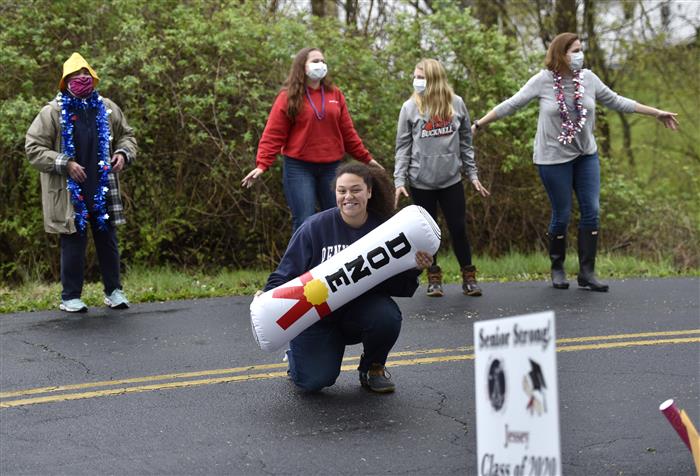 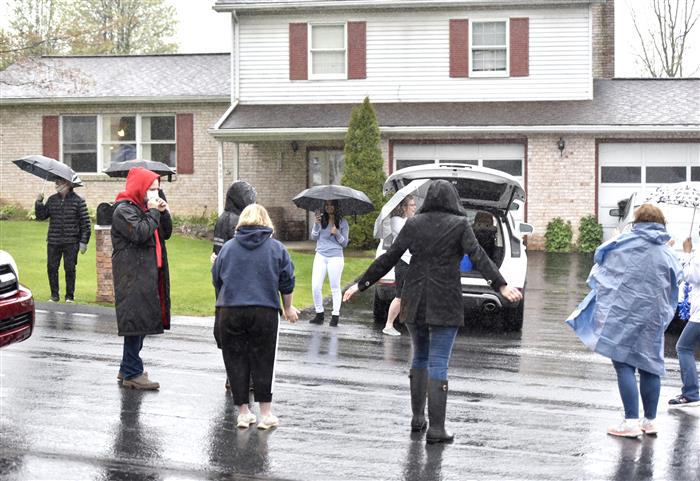 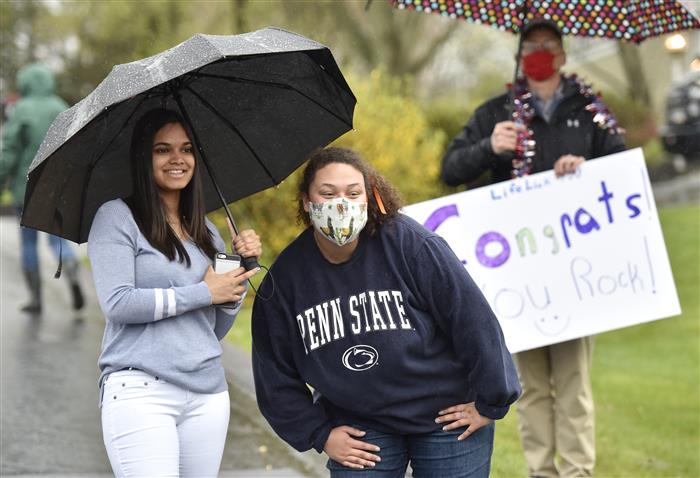 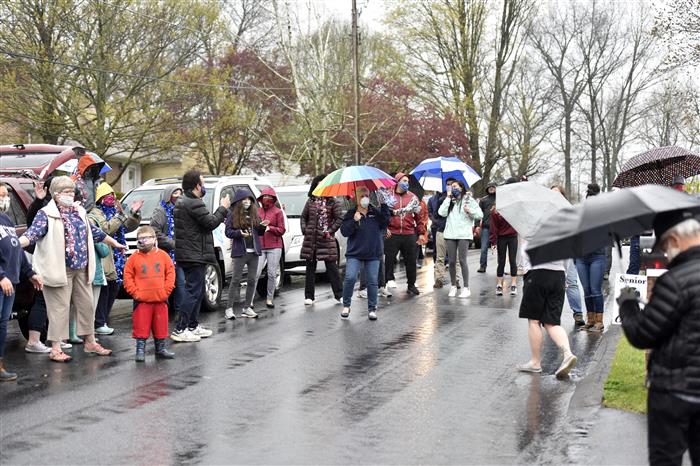 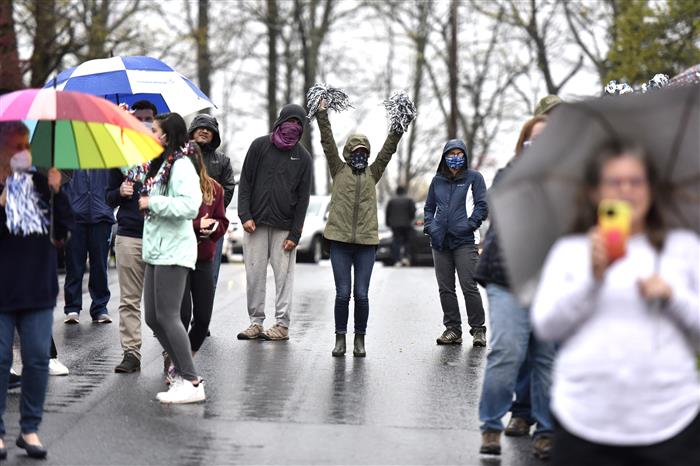 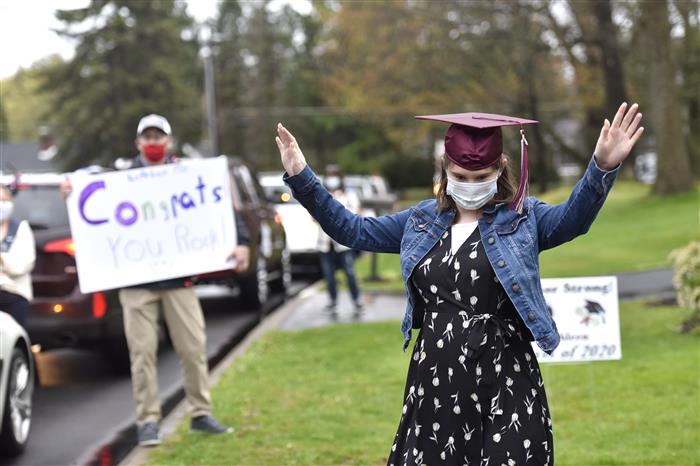 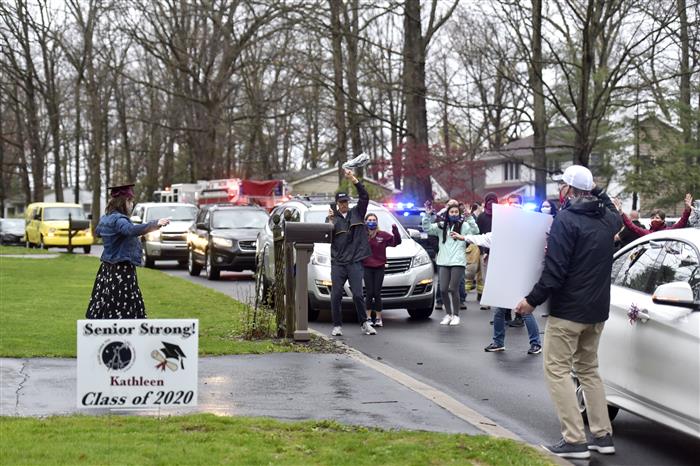 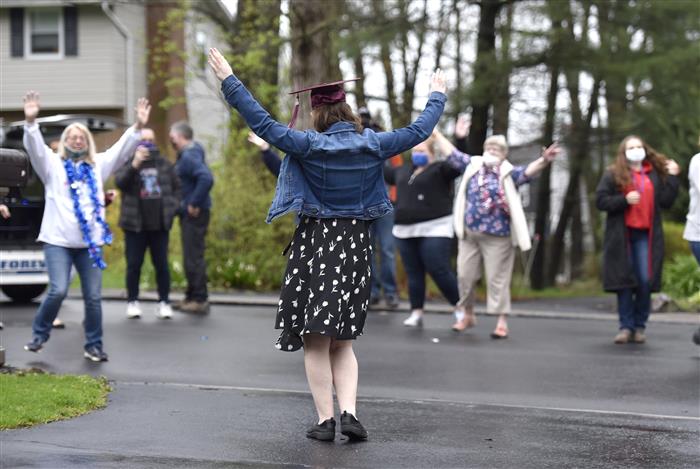 Emily Thom couldn’t go to her LifeLink PSU graduation this year because of the COVID-19 pandemic.


So the graduation came to her.


Twenty-five cars, many festooned with balloons, pom poms, streamers and pinwheels, pulled up to her neighborhood street behind a fire engine and police cruisers. Joined by her parents, Emily stood in her driveway as several dozen well-wishers celebrated her milestone by singing and dancing to Kool & the Gang’s “Celebration.” Minutes later, she accepted an overstuffed gift basket and a pasta dinner, along with applause and shouted congratulations from the sidewalk and street in accordance with social distancing.


Then the mobile graduation party, sirens blaring and horns honking, moved on to its next stop — a parade of pride born from loss.


The April 30 roadshow to six LifeLink graduates’ homes replaced the program’s traditional commencement dinner and ceremony on the Penn State campus, a casualty this year of the pandemic shutdown. LifeLink PSU is a partnership between the State College Area School District and Penn State that provides education, work experiences and mentoring by college students for young adults with special needs. Program participants stay until they’re 21, building skills for leading independent lives.


With the customary graduation out, LifeLink PSU Coordinator Ellen Cannizzaro, her staff, the Penn State mentors and the district’s special education department put their heads together and came up with a memorable substitute. Their rolling tribute began in the high school parking lot, where participants decorated their cars and lined up behind a Boalsburg Fire Company engine and cruisers from the State College and Ferguson Township police departments.


“I’m just amazed at the turnout, so excited,” Cannizzaro said while surveying the assembled cars.


Blue baskets, each bearing a student’s name, sat in the back of the lead car, filled with gift certificates, cards, T-shirts, water bottles, lunch boxes and other presents. Next to them, aromatic bags held Olive Garden takeout.


After last-minute preparations and line dancing practice, the procession circled the lot and turned onto Westerly Parkway, trailed by a fire police car with flashing lights.


And a graduation to remember was off and running, first to Thom’s house, then proceeding to honor Pari Cocolin, Haley Smith, Kathleen Billett and Thomas Verderame.


“It was wonderful,” said Lisa Cocolin, who recalled her daughter initially didn’t realize what was happening as a street party formed in front of her house.


“It was one of the best things I’ve ever seen. Pari didn’t say anything, but her face showed it. It meant everything.”