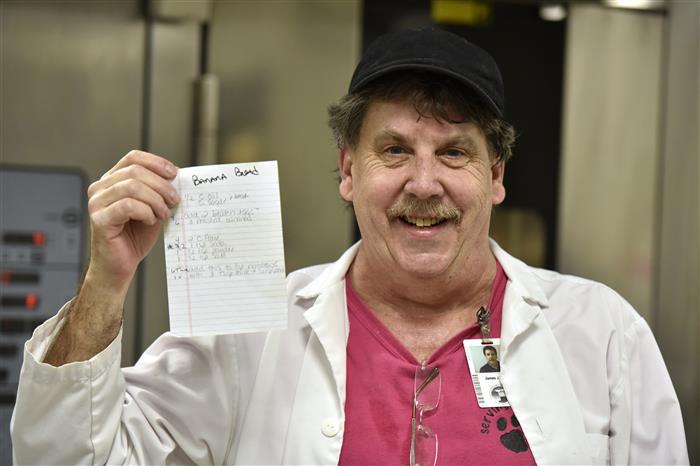 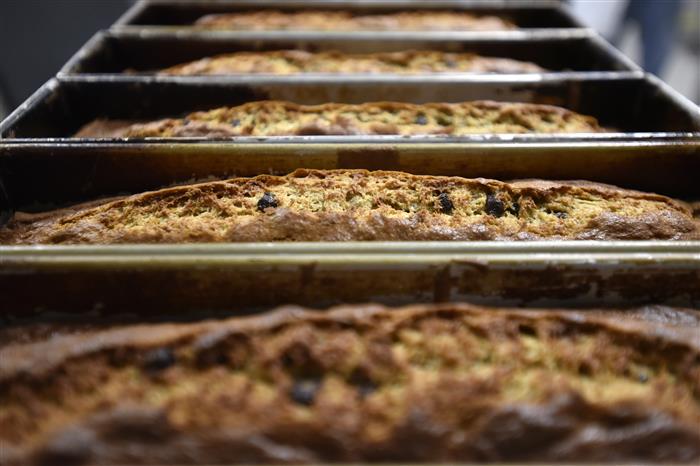 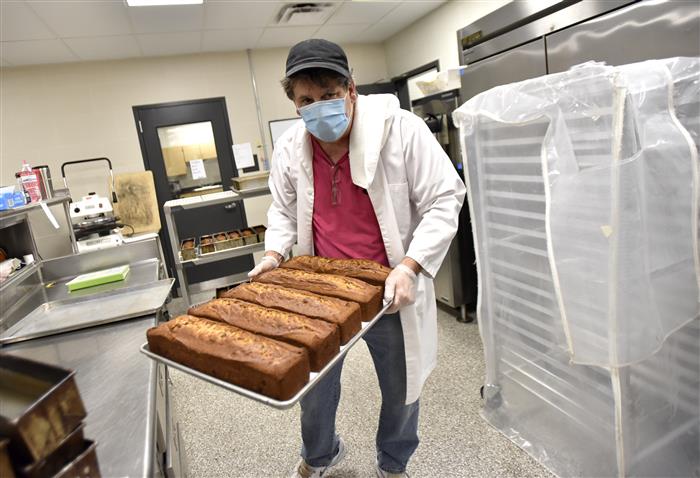 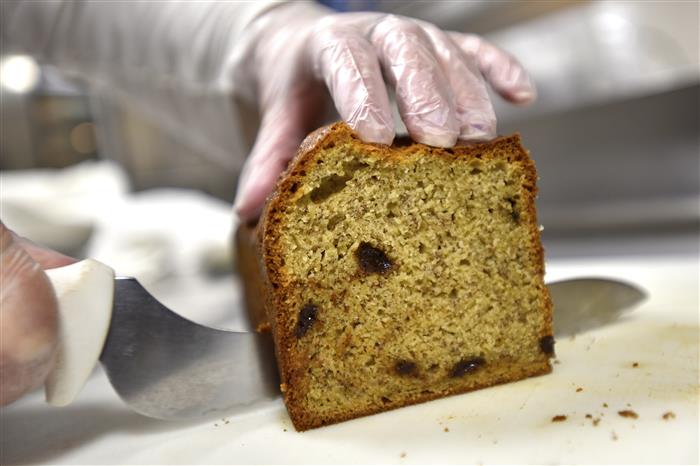 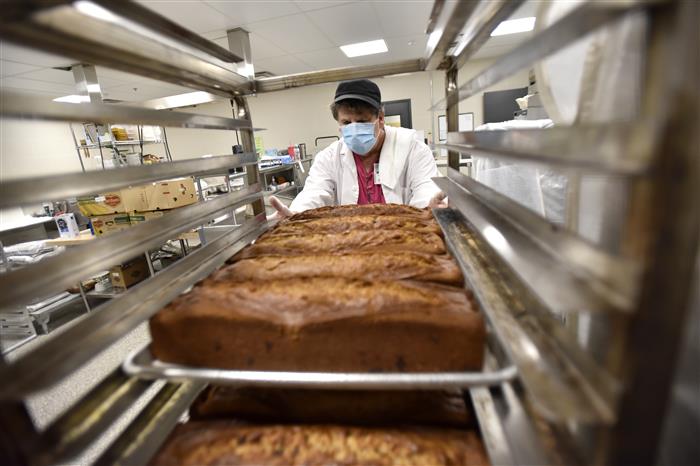 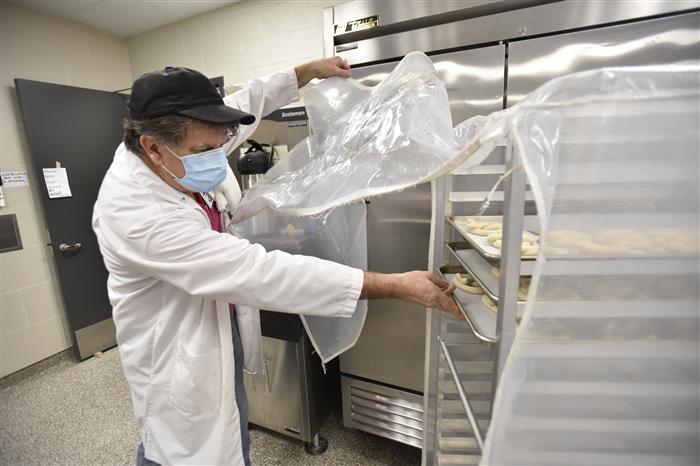 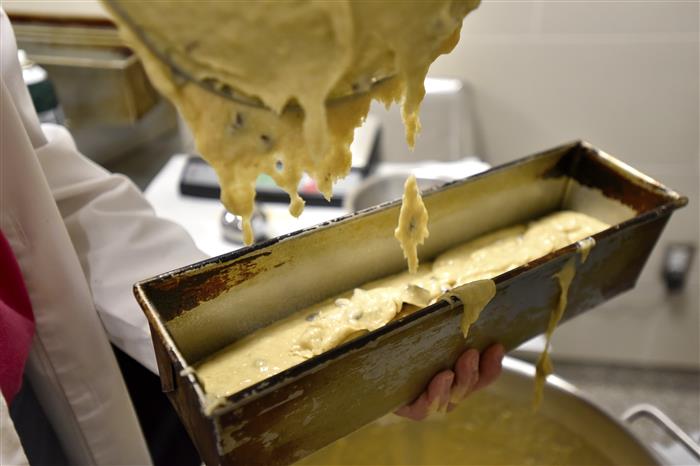 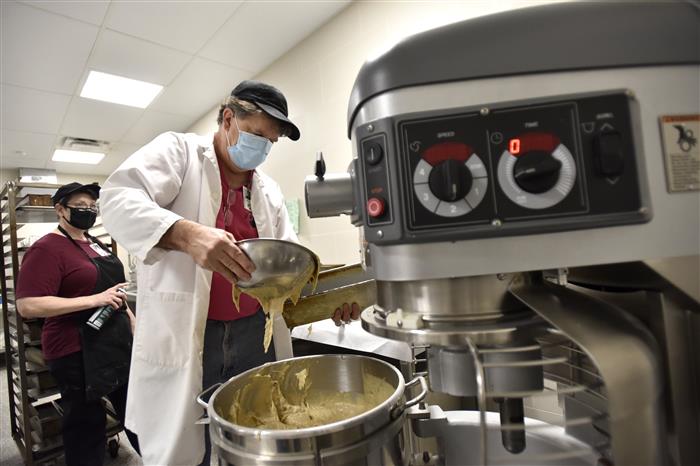 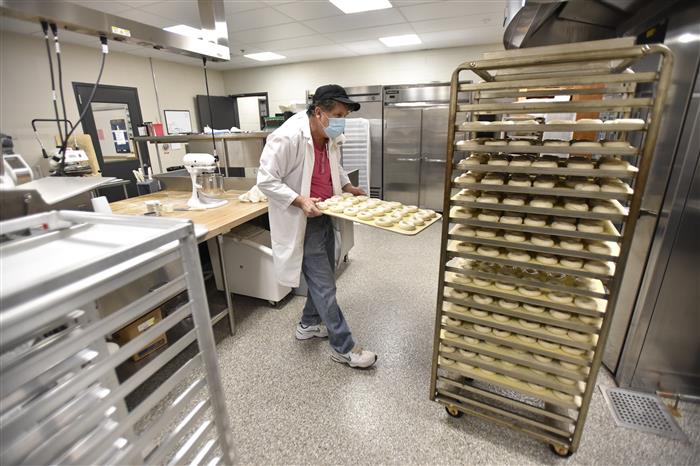 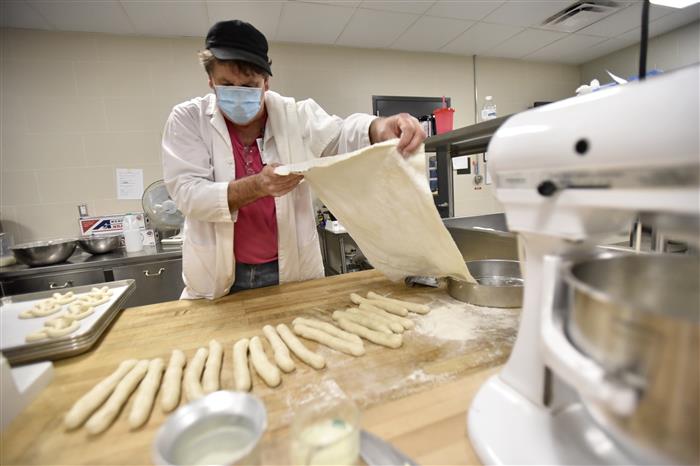 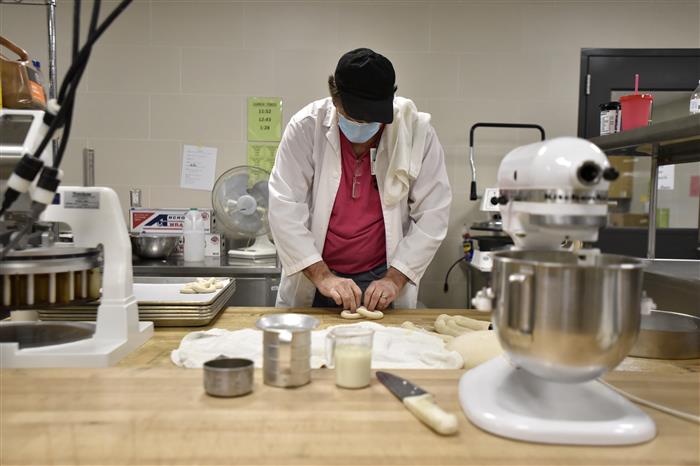 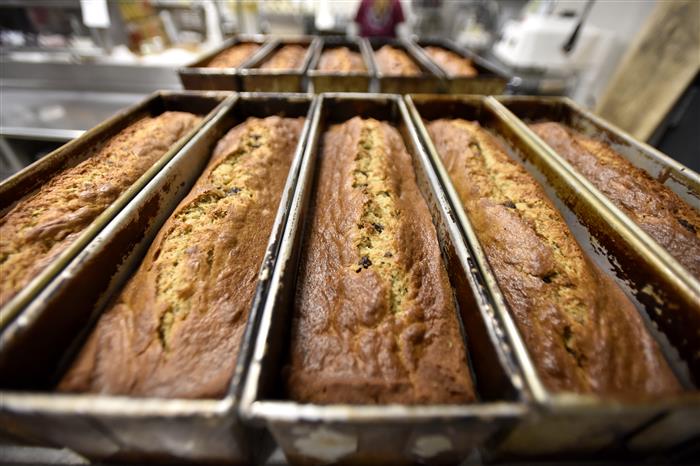 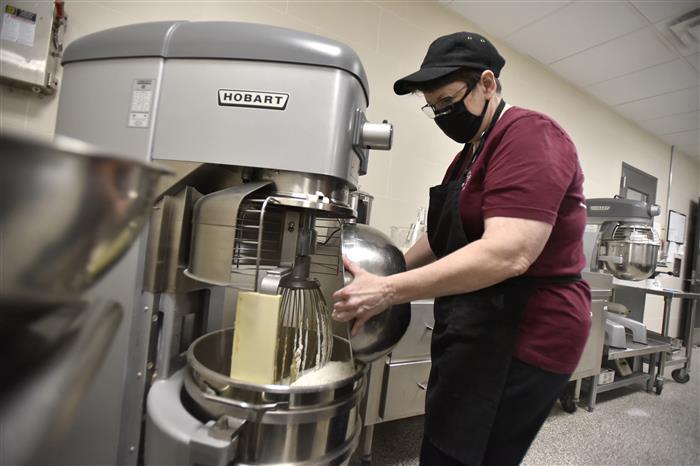 After making tens of thousands of bagels a day in hot tub-sized mixers, baking for a school district might seem like a piece of cake.

But there’s no coasting for Jim Nolte, a professional baker whose creations have risen to fame within the State College Area School District. Retired from a commercial career, he throws himself into his work for the district’s bake shop as he once did for bagel companies and his own bagel shop.

“I just have a great time in the bakery, pumping all the stuff out,” he said. “It’s a joy knowing so many kids love the baked goods.”

One item in particular has achieved districtwide celebrity status, thanks to the weekly meal distributions to families begun last year. His chocolate chip banana bread continues to garner rave reviews on social media with tales of siblings fighting for the prized slices in the bagged meals.

“At first, I was surprised to see that type of goodie in the bag but both my kids jumped up and down and squealed for joy,” Lisa Marzka said. “They both said, ‘These are the best!’ ”

Nolte’s repertoire extends to all sorts of delectable treats — pretzels, muffins, scones, pumpkin bread intended just as a seasonal offering but kept on by popular demand. He’s currently thinking about adding biscuits for chicken breakfast sandwiches. But his now-famous banana bread remains his personal favorite. He based his version on a recipe supplied by colleague Brenda Gibson and her mother, Betty, but due to word-of-mouth advertising, it’s becoming his signature item.

“Every once in a while, I come up with a recipe on the first try that nails it, and that’s one of them,” he said.

The bread came about because State High was offering packaged regular and chocolate banana bread. For a baker, that just wouldn’t do. At the Delta Program, where Nolte started with the district, his coveted scones had included a banana chocolate chip. Why not, he reasoned, return to that well for a freshly-baked banana bread choice?

“Jim has always approached his job with a lot of passion and commitment,” Food Services Director Megan Schaper said. “He would not be happy to just come to work and do his job. He likes to make our customers happy. I don’t think there has ever been a day since Jim started working for SCASD that he hasn’t thought about how he could improve on something we are doing to make the food or the experience in the school cafeteria better for students. He’s regularly trying new recipes or evaluating something that we are purchasing to see if can make it in-house and better.”

Nolte belongs to a talented staff that includes three chefs and others with extensive restaurant experience, an unusual bonus for the school district.

“Having people with this training, experience and talent has been invaluable in elevating the quality of the food that we serve in the high school,” Schaper said. “We are able to prepare food from scratch with layers or flavors and great visual appeal. Students today have much more sophisticated tastes and food experiences, and we're able to meet their expectations when we have staff of this caliber.”

But among all the culinary expertise at SCASD, Nolte’s knowledge and background stand out. He started baking at age 11 in a New Jersey bakery, going on after college to a 35-year career in production and management with Manhattan Bagel and Einstein Bros. Bagels.

In 2010, after about a decade in State College owning a bagel shop and working for a caterer, he found himself bored by retirement. He answered an opening for a SCASD position, and has enjoyed his second act ever since, as much for the daily conversations as the pleasure of making people happy one bite at a time.

“Students love Jim,” Schaper said. “When he moved to the high school from Delta, he was insistent that his job duties included face time with kids. He didn't want to strictly work in the bake shop without time to interact with students.”

Marzka marvels that her school district has a professional baker, especially when she recalls the mundane, reheated meals of her school days.

“The baked goods taste wonderful and have notes of comfort,” she said. “When students eat the items he has baked, I hope they can not only taste the difference but also feel the care that went into it. There is just something magical about fresh baked, rather than manufactured.”

Not that anyone can tell the difference — and to Nolte, that’s as satisfying as a full tray fresh from the oven.