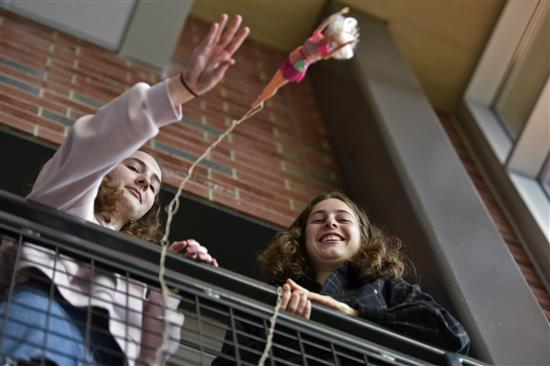 Someone had to pay the price if the State High students erred in their calculations, so Barbie ended up taking the fall.

Titled “Barbie Bungee,” the assignment required three teams each to calculate how many rubber bands Barbie would need for a cord to safely plunge approximately 18 feet indoors. She had to rebound at least three feet from the floor for a jump to qualify, and any floor contact would result in points subtracted.

As it turned out, the teams all bounced Barbie successfully without smacking her noggin, pleasing their teacher, Terrill Salter. Mathematical modeling — using math to investigate and make mathematical models of real-world problems — is of particular interest to her as she pursues a master’s degree in math education at Penn State.

“What I think is really cool about math modeling is usually when you have math to do in the real world, you don’t know exactly what algorithm you need to use, and there’s not one right answer, and often you just have to try different things and see how they work,” Salter said. “Your answer might be a little messy, a little different than what other people get. But that’s how math works in the real world, and I think kids don’t get a lot of chances to see that in traditional math classrooms. It also fits nicely in the IB curriculum because there’s a big emphasis on real-world application, communication and technology.” 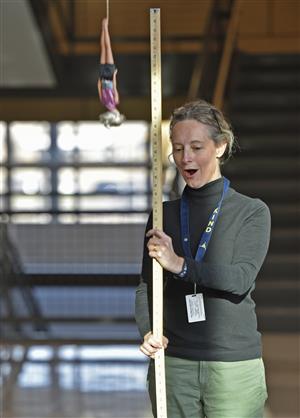 In Barbie’s case, the teams employed linear regression — a form of analysis that describes the relationship between two variables by graphing a line to data points — to figure out equations that estimated the necessary number of bands.

Due to differences in their testing approaches, teams came up with varied predictions: 39 bands for Ken’s Girls, 31 for Saving Barbie, and 37 for Oreo Adventure Company. Each team had to explain the math behind their calculations with class presentations that mixed humorous self-promoting with references to “R values,” “sum of square residuals,” and “number of data points.”

“Imagine Barbie sitting here on a chair,” Salter said before the first presentation. “She’s going to be sitting here and evaluating whether she trusts the groups.”

Beyond injecting a bit of fun into some serious math, the presentations serve another purpose. Salter wants her students to be able to defend their thinking in whatever they pursue in work and life.

“When you come up with an idea, it’s not enough to know in your head how you did it,” she said. “You have to be able to share it with a group, convince your stakeholders, or convince your family that this is what should be done.”

In the same spirit, presentations also were required for another math modeling assignment earlier in the year. During a statistics unit, students selected and analyzed two data sets from a World Bank-tracked country to determine if any correlation existed between the chosen metrics.

“They all said it was really cool to follow their own interests,” Salter said “Some kids did stuff about carbon dioxide emissions, some about inflation, some about agricultural land. I think it’s nice to be able to have your own path that you’re taking, whether it’s a bungee model for Barbie or other data they want to investigate. It gives them this sense of ownership and connection.” 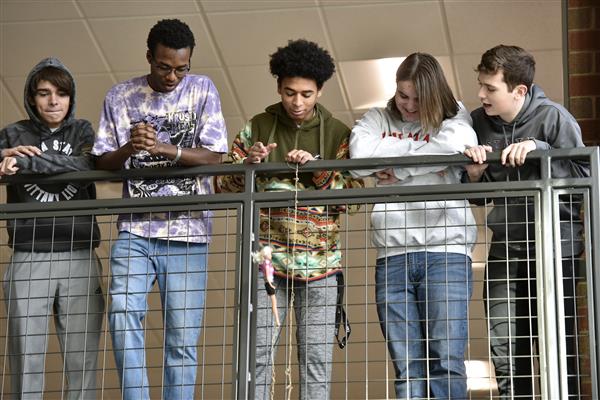