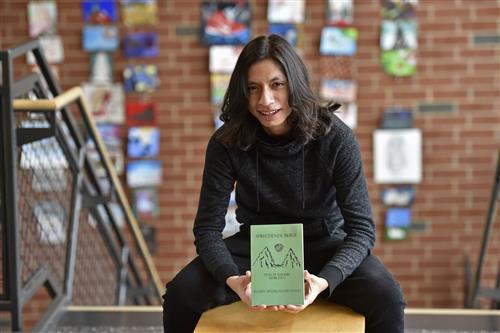 In a land called Happy Valley lived an ambitious young man who wished to be an author. One day, he set out to write and illustrate an extraordinary book for his neck of the woods.

He conjured fantastic tales filled with such things as a magic egg, tree person, diamond heart and mountains that insult each other. That was special enough, but he wasn’t done. All of the stories, he decided, would be in a foreign language.

And so, “Sprechende Berge” came to pass.

Andrés Aradillas-Fernández, a senior at State High, composed 20 fairy tales in German for his self-published collection translated as “Talking Mountains.” Available through Amazon since last spring, his work was inspired by an Advanced German 4 class project.

“We had just finished a fairy tale unit where we read various common fairy tales, and we then had to write our very own fairy tale,” he said. “I found this experience to be very fun and soon found myself writing a couple more until I had amassed a total of 20 original stories.”

Occasionally, he consulted German teacher Richard Polka about grammar and expressions, but otherwise, it was mainly a quest undertaken alone. 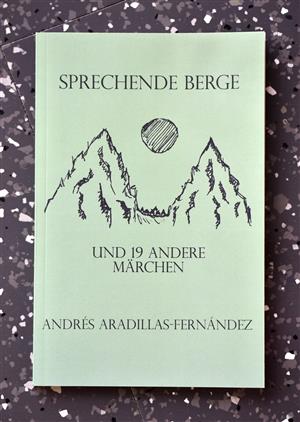 “Andrés is definitely one of my top students, not just over the past several years, but over my 30-plus year career,” Polka said. “He is an amazing young man, and it blows my mind that he had the motivation to write these tales in German.”

Already a Spanish speaker, Aradillas-Fernández chose German in middle school because it presented more of a linguistic challenge to him than French. In high school, a summer exchange program in Germany improved his fluency.

“It was incredible and I plan on returning to Germany, and so growing my ability to speak German helps with that future goal,” he said.

Until then, he can say he’s wandered afar in his mind. His imagination took him to the alternate world of his favorite tale, the titular “Talking Mountains,” as well as the settings for “The Demon King,” “The Dragon Hunter,” “The King’s Spider,” “The Nodding Man,” “Dwarf City,” “The Silver Wizard,” “The Tailor of the Towel” and the rest of his stories. Original artwork reminiscent of woodcut prints accompanies each chapter.

Unsurprisingly, he says he’s a “huge fan” of “The Lord of the Rings” and “The Hobbit,” influenced by their panoply of characters and creatures. But even with a ready source of inspiration, expressing his ideas in another language proved challenging.

“Not every idea would fit perfectly, but I would sometimes use that to my advantage and let it shift the direction of the story,” he said. “For example, if I was unsure about the right idiomatic phrase for saying someone was turned into a spider, I would instead say it appeared from another dimension. Another hard part was getting the right idiomatic phrase for ‘casting a spell.’”

With a couple dozen copies sold, the book has not brought him a king’s ransom, though he has experienced two rewarding moments so far. The first came when he clicked the final publish button online. Better yet was the day a package arrived, he said, “and I finally held in my hands something I had spent months laboring over." 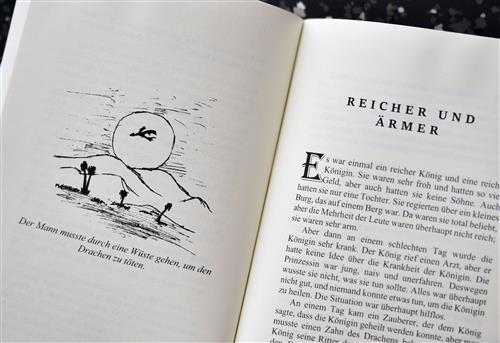 He had summited a mountain of his own, the happy end to his tale.