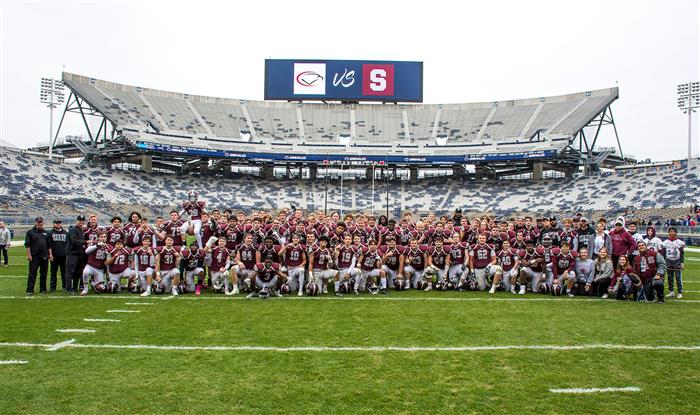 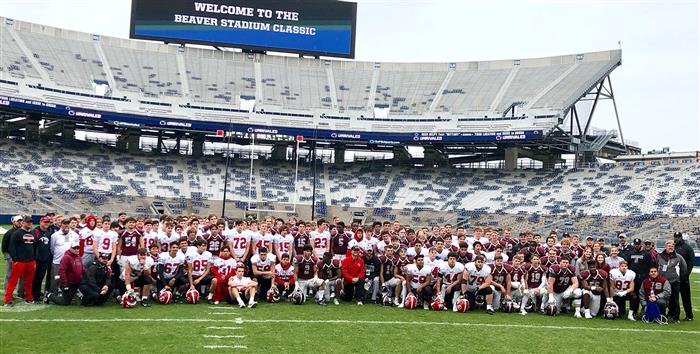 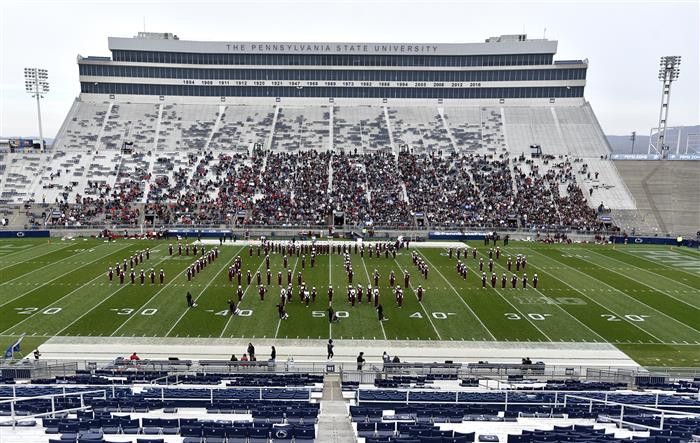 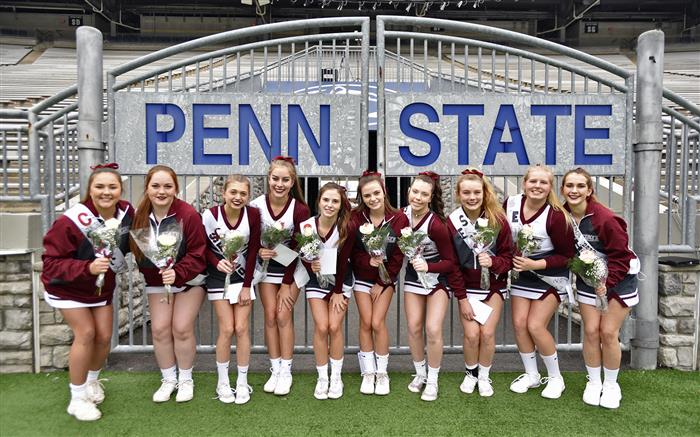 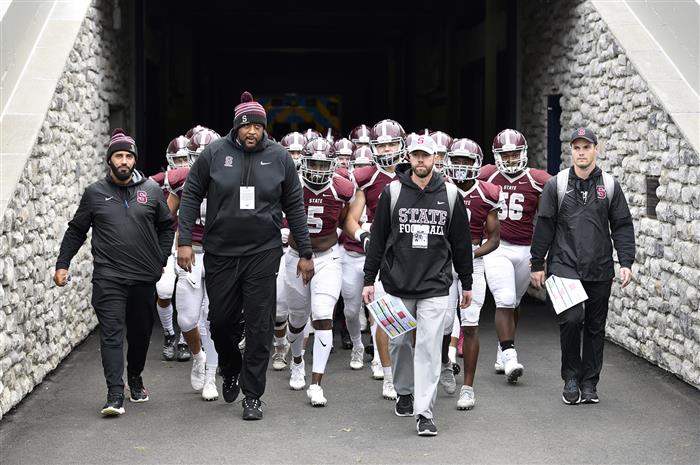 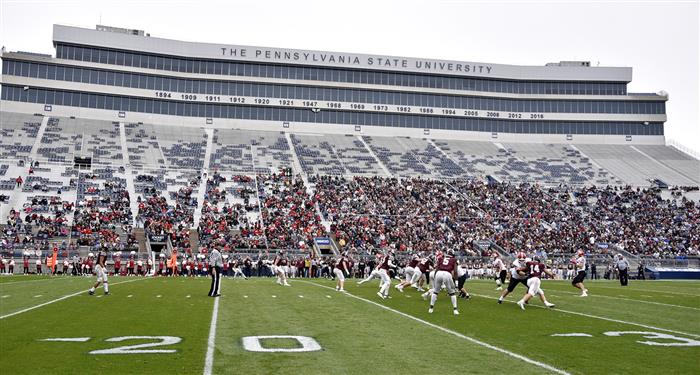 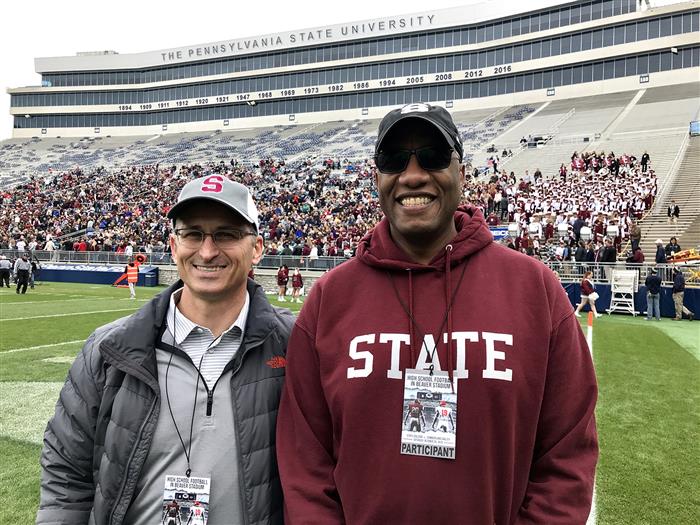 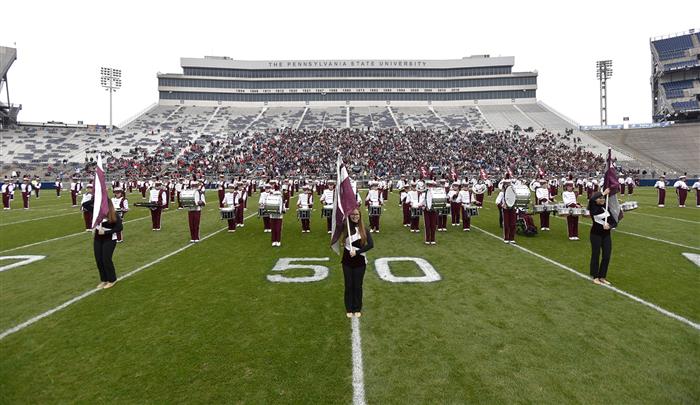 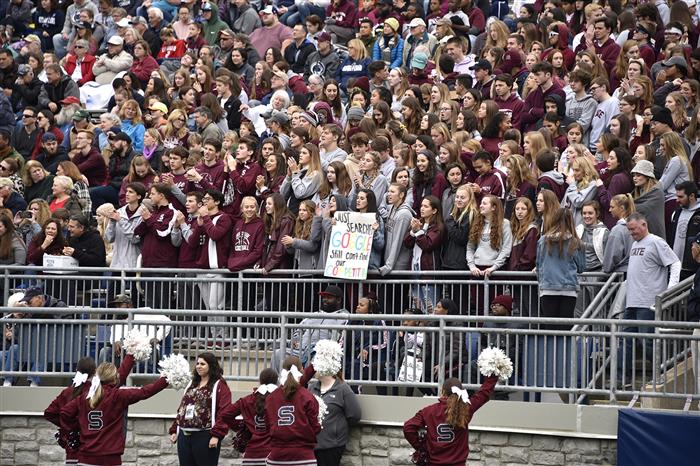 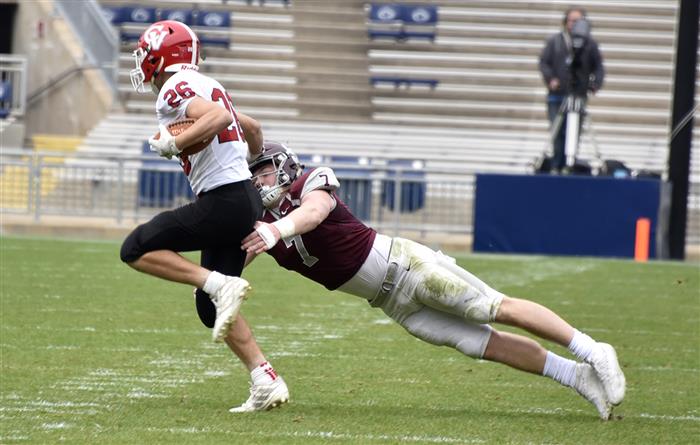 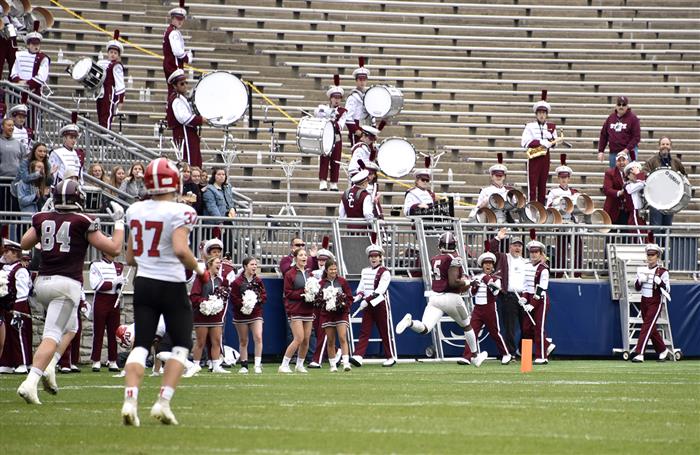 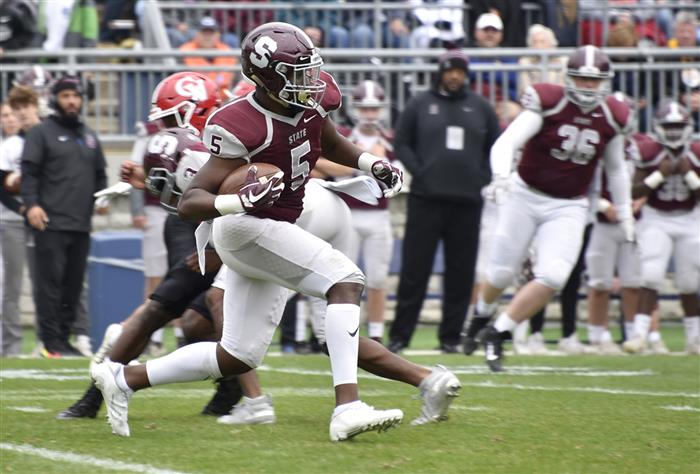 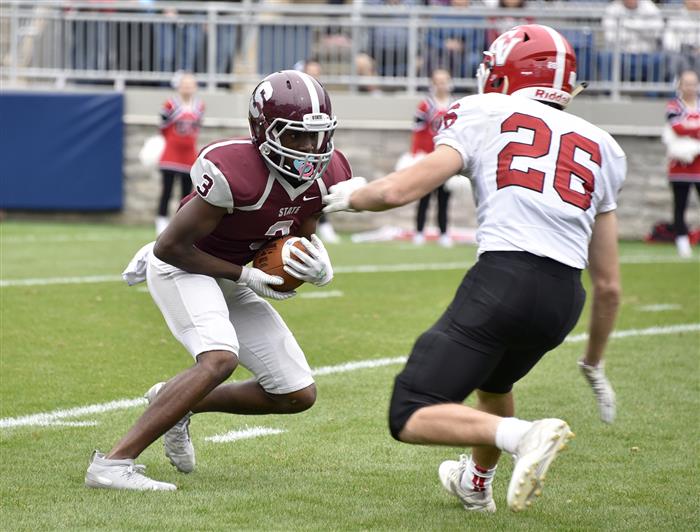 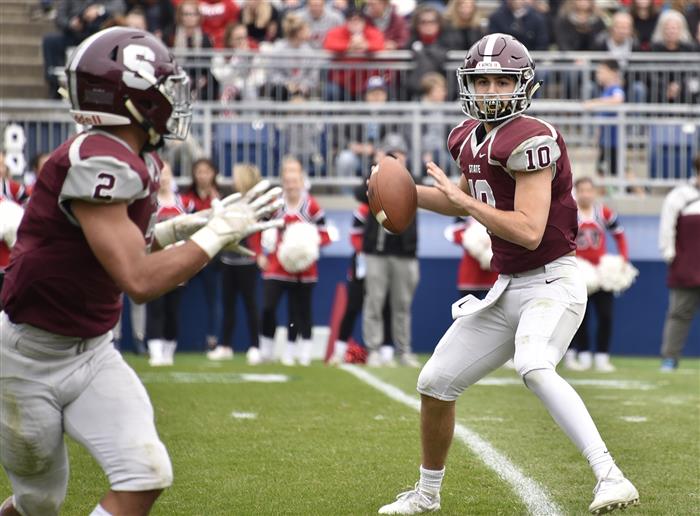 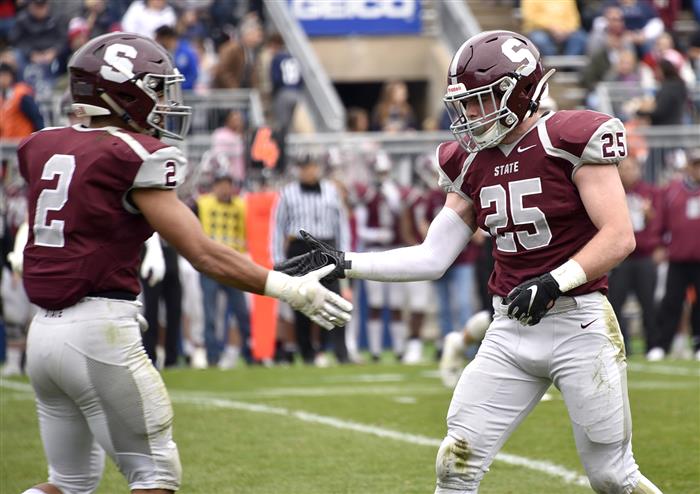 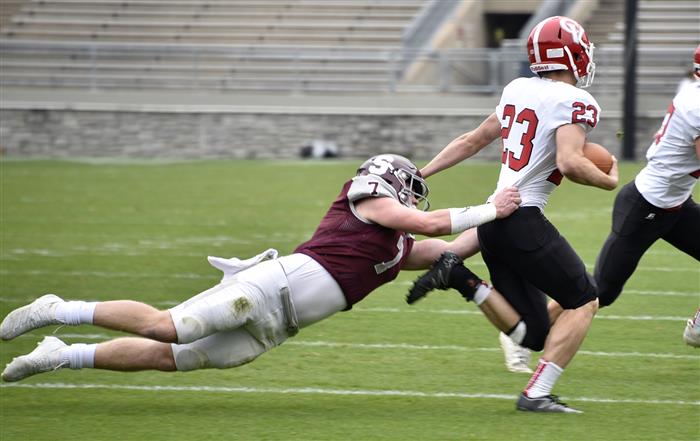 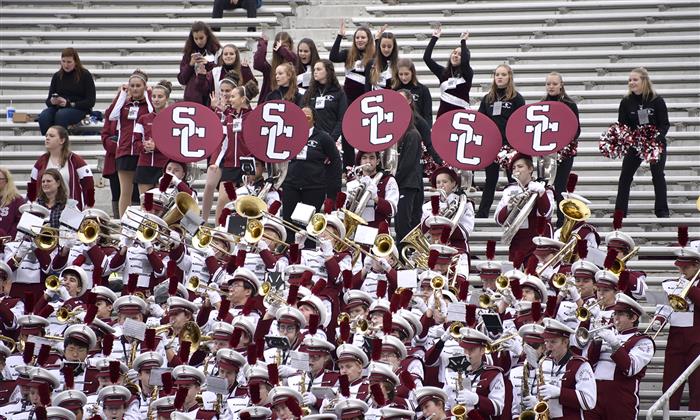 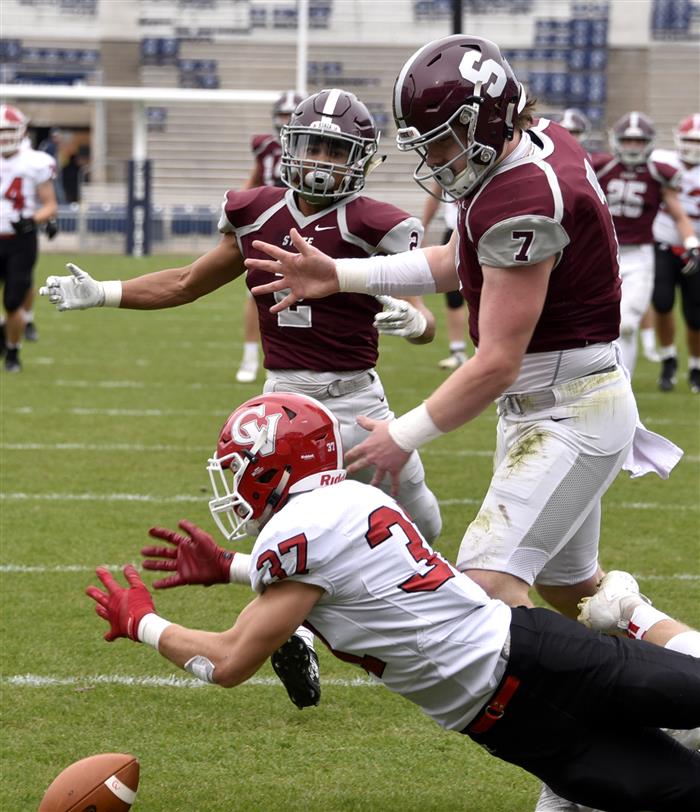 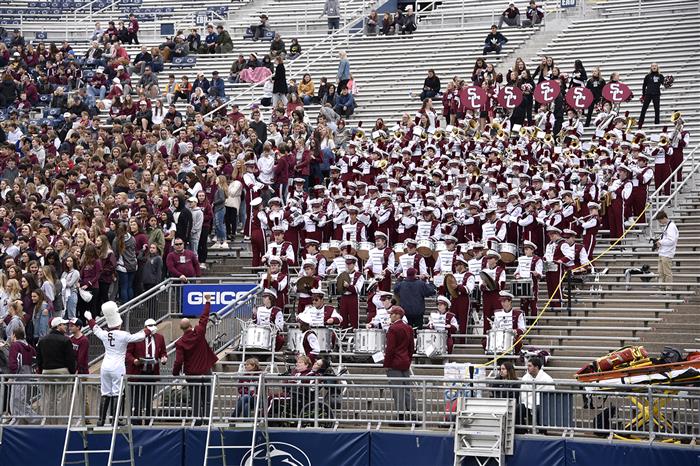 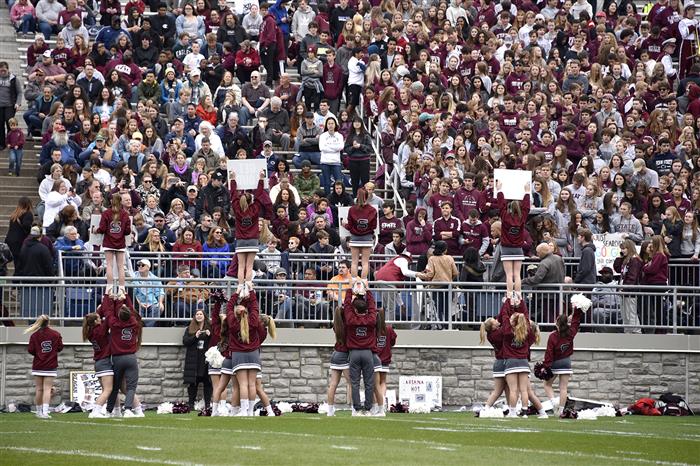 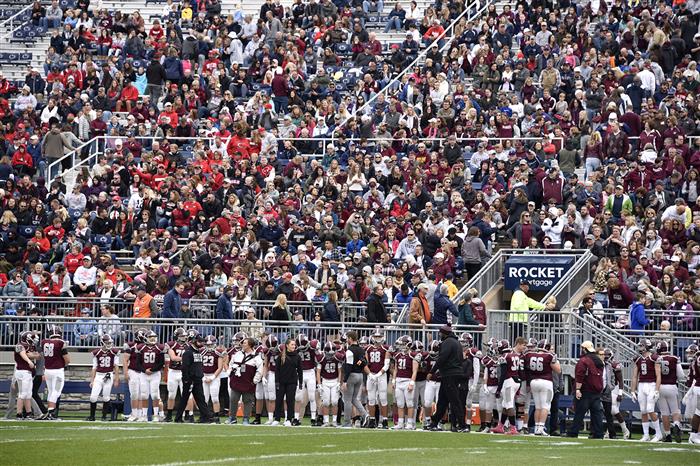 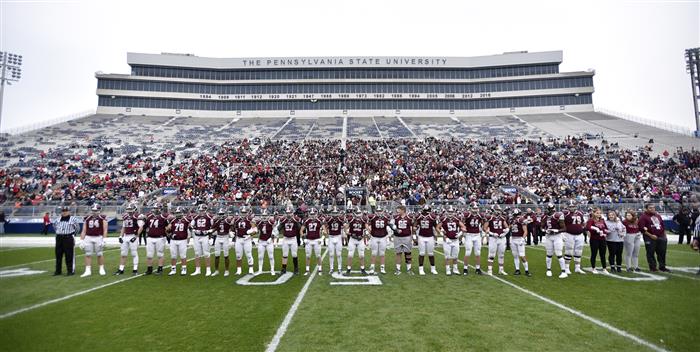 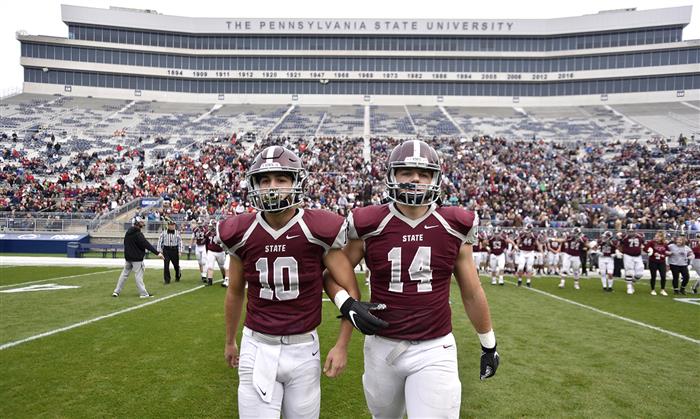 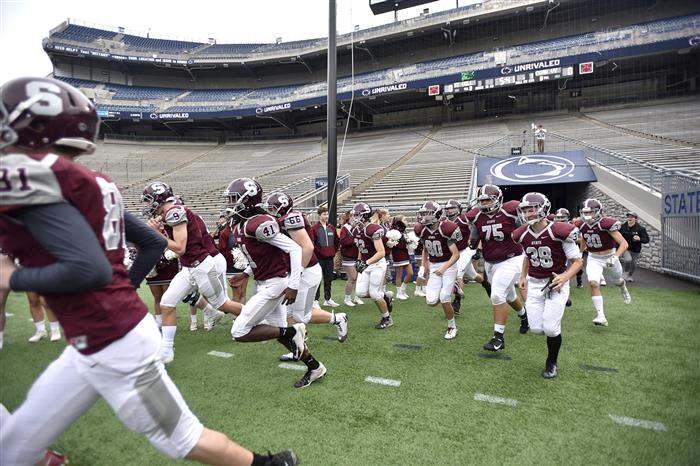 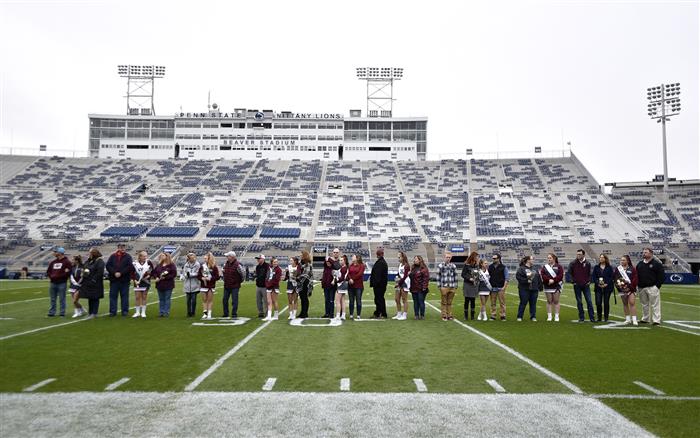 Of all the people enjoying the first Beaver Stadium Classic football game, only three truly flipped for it.

State High cheerleaders Ryleigh Leitzell, Reagan Leitzell and Taylor Balboni commemorated the Little Lions’ historic appearance at Beaver Stadium on Oct. 26 by executing backflips behind one end zone at halftime. They took turns performing in tandem and recording each other with a giant scoreboard in the background — souvenirs of a historic senior day.

State High played its final “home” game of the season against Cumberland Valley, coming back to win 33-21 and improve to 9-1. Penn State had invited two Mid Penn Conference teams to the stadium while the Nittany Lions were at Michigan State.

“We didn’t get to be at Memorial Field this year, so this makes up for it,” Balboni said, referring to the stadium being closed for renovations. “This is a great opportunity.”

The trio of seniors and squad co-captains were thrilled to stand on Beaver Stadium’s legendary turf for another reason.

“I think it’s awesome for our future because we all want to do collegiate cheerleading,” Balboni said.

State High marching band members who aspire to play in college could have said the same. In the stands next to the Penn State Blue Band’s traditional section, they got a taste of the big time while playing the national anthem and then entertaining the 5,681 people in attendance.

“It’s not every day that a high school band gets to do this, so I think it’s pretty cool we’re here,” freshman drummer Davis Rowell said.

Everybody seemed to revel in the occasion, from the visiting fans in red to the maroon-clad State High student section, which chanted “We own Beaver!” at the end of the game. State High players Isaiah Edwrads, Dresyn Green and Lokey Howell imitated former Penn State star Saquon Barkley’s signature arm-flailing celebrations after their touchdowns.

The Little Lions’ seniors aren’t likely to forget being honored with their families on the legendary turf before the game. Nor will memories fade for the marching band seniors who played a separate rendition of “Thriller,” a blast from their freshman season, during the band’s halftime show.

“On the field at Beaver Stadium! Unbelievable!” he said, clapping. “Who’d have thunk it?”