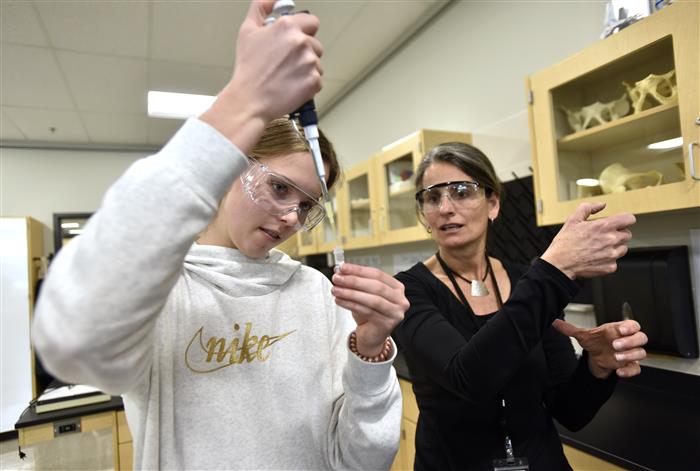 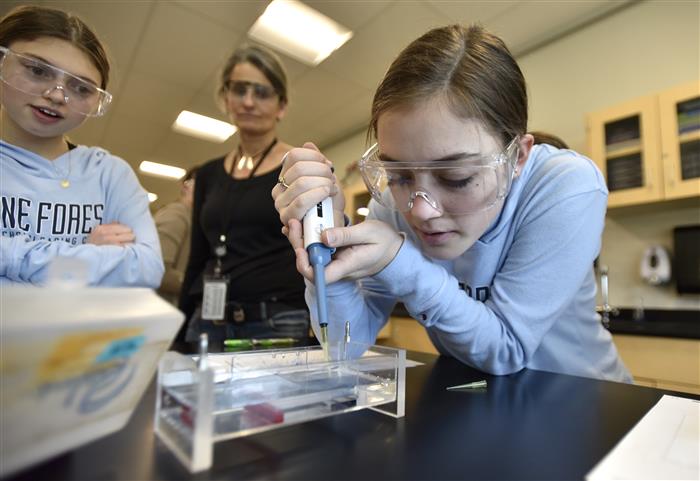 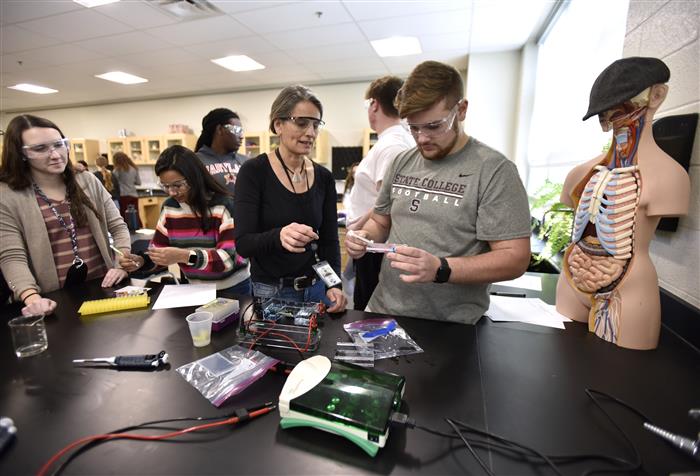 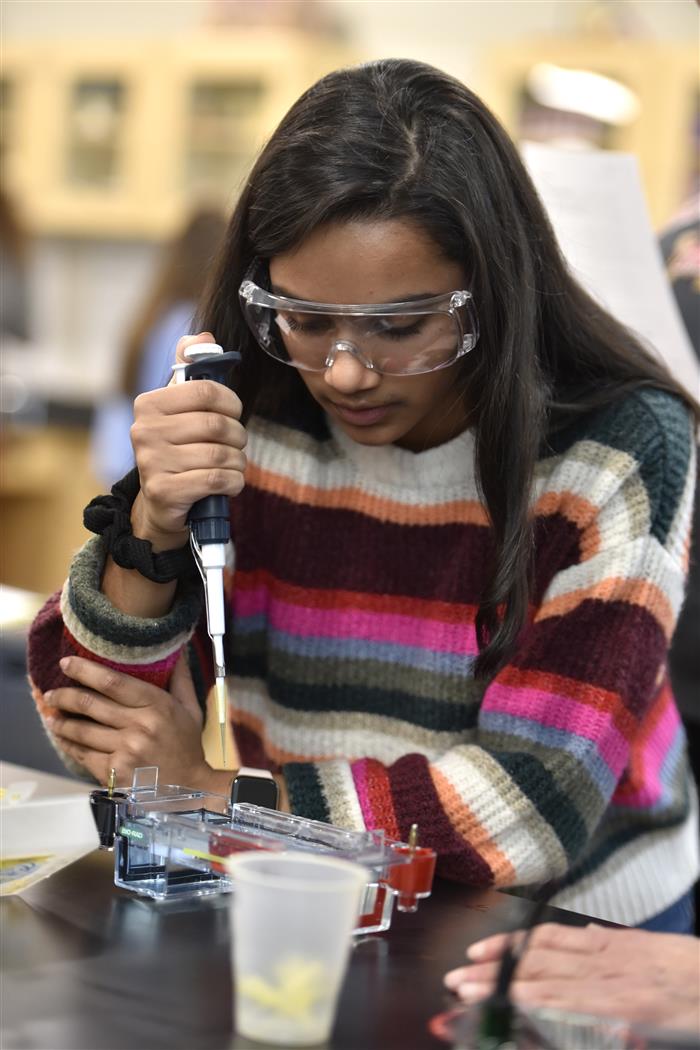 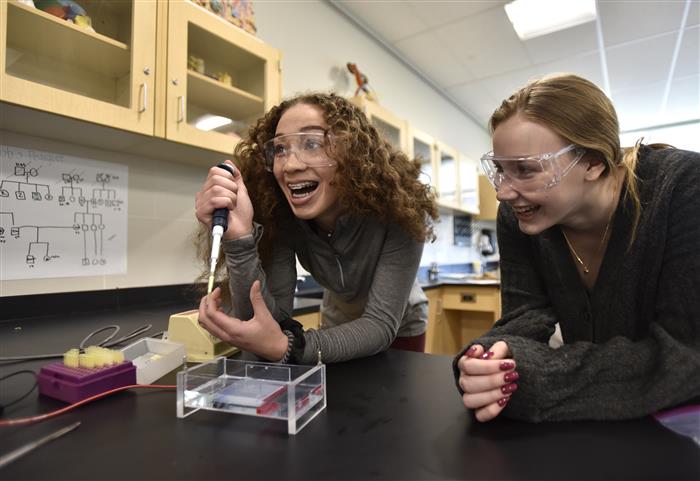 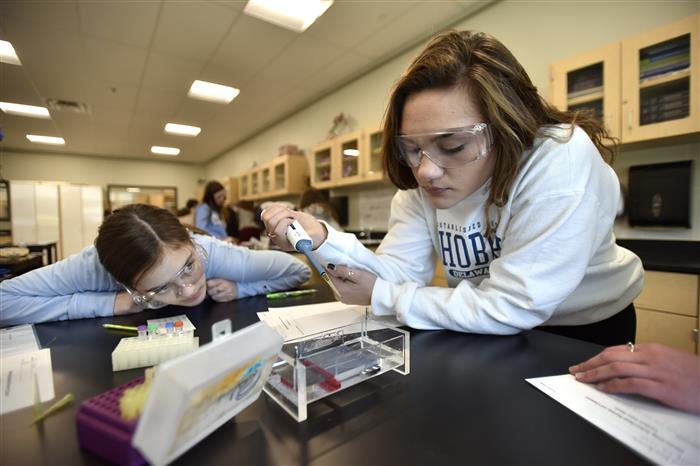 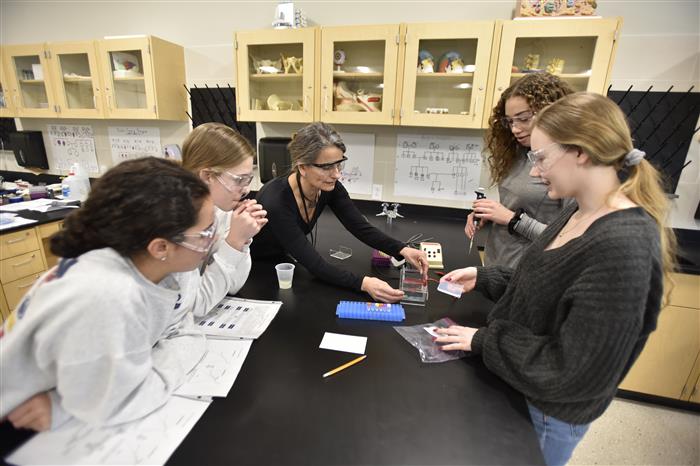 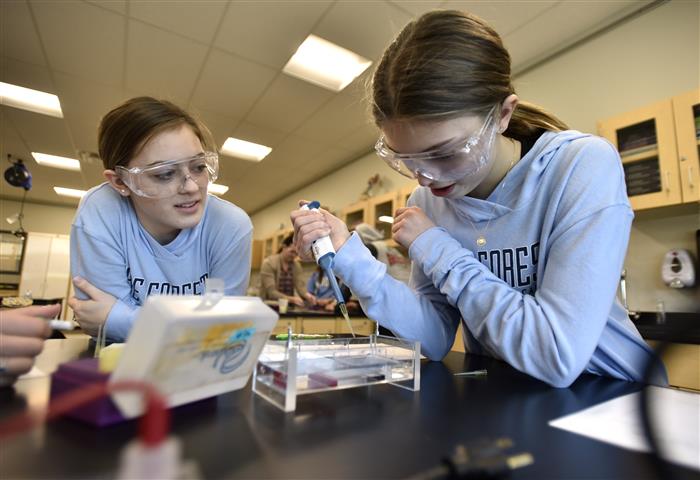 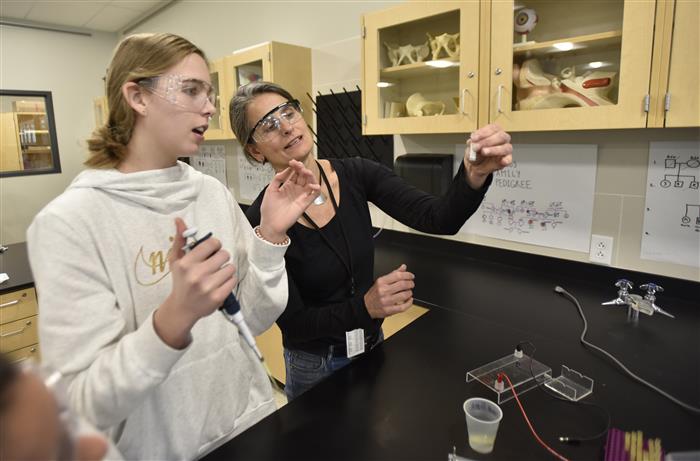 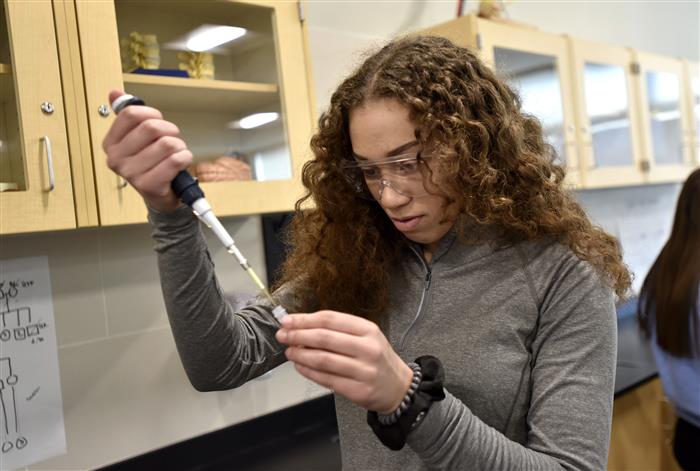 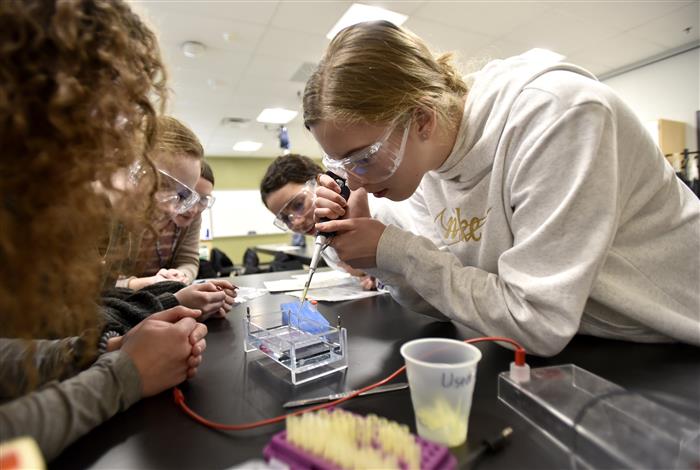 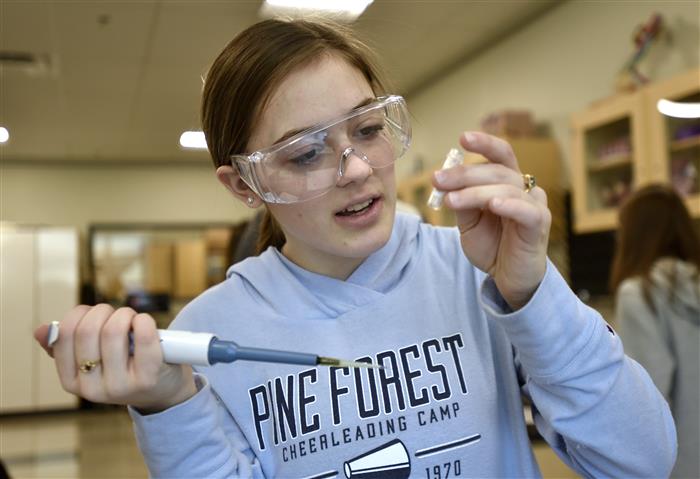 A middle-aged man, let’s call him Bob, may have a predisposition to colon cancer, and that raises questions.


If so, how might Bob change his diet? Did his children inherit the gene that increases risk? Should they be tested?


Using a genetic testing process called gel electrophoresis, the students analyzed DNA samples to look for a mutated gene that signifies a greater chance of developing colon cancer. They then studied the chemical composition of foods, identifying ones with antioxidants that a physician could recommend, and discussed ethical issues surrounding genetic testing.


“How are we going to support Bob?” reads a classroom whiteboard message. “How is science going to help Bob?”


The project stemmed from Seeland’s experiences with a Penn State College of Education professional development program in which selected high school science teachers participate in Penn State research related to their interests. Last summer, she had a fellowship at the Center for Science and the Schools (CSATS), spending seven weeks in Professor Joshua Lambert’s University Park food science lab studying how cocoa powder reduces inflammation linked to chronic diseases like cancer.


Lambert explores the relationship between food and disease, an interest Seeland shares. CSATS fellows create classroom research projects based on their summer studies, and Seeland centered hers on testing DNA and analyzing food for polyphenols, micronutrients that contain antioxidants.


“A lot of the study is around: How are we going to reduce the risk for somebody we know that potentially has a gene associated with an increased risk of cancer?” Seeland says.


Colon cancer was a natural focus, given that her students study the digestive system’s epithelial tissue where the disease typically occurs. Drawing on their familiarity with commercial genetic testing services, Seeland began by having them make a pedigree for Bob’s family — a family tree showing who may be in danger because of a predisposition.


Next came performing gel electrophoresis, a testing method also common to forensics. DNA samples are deposited in lanes along a gel base. When the gel is electrified, negatively-charged DNA strands migrate toward a positive electrode. Depending on how far strand fragments travel, scientists can distinguish between normal genes and mutated ones which indicate a risk for cancer.


Cassandra Diehl, a Penn State student teacher with Seeland, says students interested in science degrees have a leg up on peers from learning to do gel electrophoresis.


“This is a skill that I’ve used in every single biology college lab,” Diehl says. “So it’s giving high school students that experience to already be familiar with the techniques you need in higher education.”


So, what about Bob? Testing Bob and his family members indicated those at risk, leading to discussions about testing minors and defining individual privacy rights. Then it was on to more hardcore science: digesting research papers on polyphenols and using advanced math to process lab data, all of it supporting the CSATS goal of improving science education.


“The philosophy behind it,” Seeland says, “is we want kids to do science instead of just learn science content.”