“There were many things that we felt were not being maximized for kids by having these two very different schedules,” Interim Assistant Superintendent of Secondary Education Christine Merritt says.

“It was time to have a conversation with the sixth-grade teachers,” Merritt says. “So we developed a representative group to do that, met multiple times and talked about what it would look like if we aligned the schedules.” 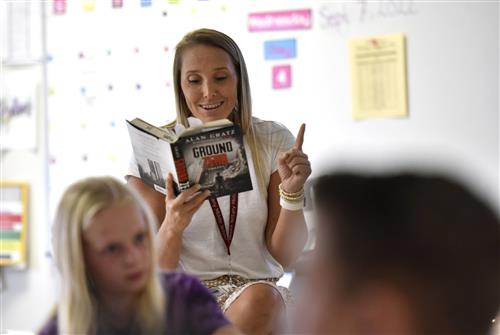 “That’s a really positive addition,” Merritt says. “There’s a lot of social and emotional things that kids are going through in sixth grade.”

“It’s one change when they come to middle school,” he says. “In the past, it would be a change coming into sixth and another going into seventh. So now, we’re having one transition.”

“With the amount of time and thought put into this and the collaboration with the teacher group, I think it created a healthy change for kids,” Merritt says. “And I’m really proud of that.”