Enduring Friendship Between Teacher and Student 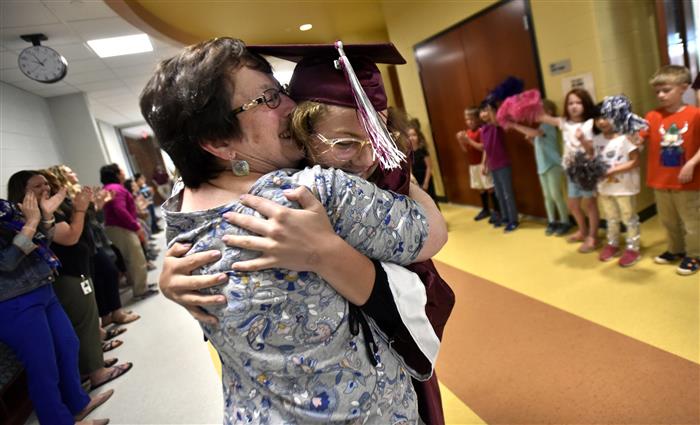 Isabella Messina looks forward to an annual Waffle Shop breakfast, but not for the food. She savors the company — and the continuation of a special tradition.

Halloween had just passed that fall when Messina was diagnosed with leukemia for the second time. She left Corl Street for treatments at Hershey Medical Center, but her teacher made sure school didn’t leave her life, keeping classmates in touch, visiting and eventually honoring a promise to go out for breakfast together.

“She supported me every step of the way,” Messina said. “I know I wouldn’t have been able to move to the second grade if she had not helped me out.”

“It just turned our world upside down,” Shoffner recalled.

She couldn’t take long to collect herself. Her students needed her, one in a hospital stricken with a serious illness, the others worrying about what happened. Messina had to be away, but Shoffner could make sure she stayed a part of her class. Messina’s desk with her name remained, for example, and Shoffner placed daily classwork on it as though she were present.

That December, Shoffner organized a school fundraising drive for THON, collecting about $660. At a celebratory assembly, Messina, the guest of honor home for the holidays, received a giant basket filled with goodies.

On Messina’s half birthday, her class called the hospital to sing and chat. Later came five hats, resplendent with fabric paint and buttons, that the class made to cover her hair loss from chemotherapy.

“It was rough on her and hard on the family, so we tried everything we could to make the school a community of support,” Shoffner said.

Over the winter, Messina returned for a few weeks of half days and homeschooling from Shoffner to help her catch up. March found her back in Hershey for a bone marrow transplant from her brother, and during her 100-day stay, Shoffner and her husband visited often with presents and cards. 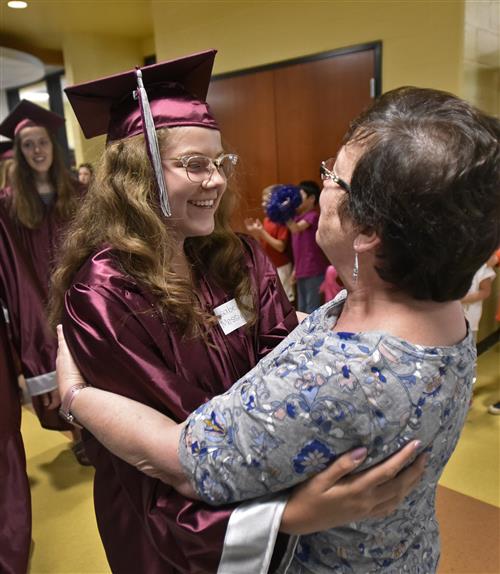 “She helped me get through that year,” Messina said. “Every couple of days I would get new things sent from my class. It really kept my hopes up.”

Her first breakfast, offered at a low point in her spirits, was so fun, she and Shoffner created a tradition. Birthday presents have been a constant, but over the years, the party has shrunk. No longer do Shoffner’s three grown daughters and Messina’s mother come along. Now, it’s just two old friends reaffirming a bond.

“I think I learned more from that child than she learned from me,” Shoffner said. “I learned so much about strength and courage and perseverance, family love and support. All of those things just touched me tremendously. I just love that child, though she’s not a child anymore. I love what she is as a person. She’s gentle and kind, and she’s gone through a lot in her life.”

In the fall, Messina will begin perhaps the greatest thank you possible: studying at Penn State to become a first grade teacher. But Shoffner is already proud of her. Twelve years of emotions fueled an electric hug when Messina visited in her graduation cap and gown for the annual senior parade — an embrace of pure joy.

“She is such a survivor,” Shoffner said. “She has her whole future ahead of her. That was the goal.”