Helping Students Reflect on Their Writing 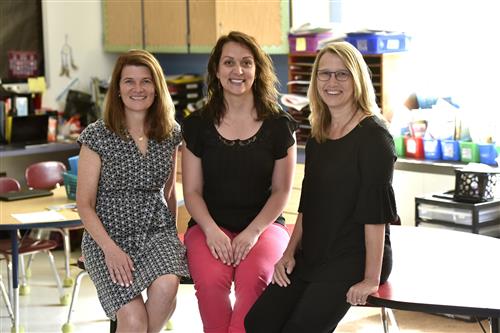 When Colleen McCracken, Deana Washell and Dr. Anne Elrod Whitney saw elementary students struggle with writing, they wondered whether a change of perspective would help.

Instead of staring at a blank page, what if these budding writers looked back on their past attempts? Could that make a difference?

It did, and out of their success came a new classroom resource. McCracken and Washell, both Easterly Parkway Elementary School teachers, and Whitney, a Penn State professor of education, created “Teaching Writers to Reflect: Strategies for a More Thoughtful Writing Workshop.” Published this year, their book advocates incorporating reflection into writing assignments to inspire engaging prose.

“When student writers know how to reflect, they know how to learn from their writing experiences,” the authors write. “Reflection transforms a student’s actions in the classroom from the empty satisfying of a teacher’s assignment to a real learning experience that not only satisfies the teacher but also builds something lasting for the writer.”

Drawing from their classroom experiences, the authors present a three-step process for employing reflection: remembering past writing practices, describing writing with precise terms for better assistance, and acting on the knowledge gained. Ultimately, they say, reflection builds classroom community, confidence and independence.

The collaboration’s roots go back to a fruitful partnership between McCracken and Washell at Easterly Parkway. They first were peer coaches for each other, causing them to recognize their similar styles, which led to combining their classes for writing lessons.

One year later, in 2015, Whitney entered the picture. While providing professional development for writing within the district, she was invited to co-teach the writing class as well as join planning periods afterward — the genesis of the book.

“We had time after writing to stop and reflect: how’s it going, what could we do better, how could we make this more authentic for children,” Washell says.

Before long, the trio pondered a common problem. Students often didn’t retain writing lessons, constantly ending up stuck. There had to be a way to empower them as writers.

“How could we help them hold on to what they know and think that what they know is something important?” Whitney says. “So from there, we got interested in helping them claim writing as their own, helping them remember what they did so they could draw upon it the next time.” 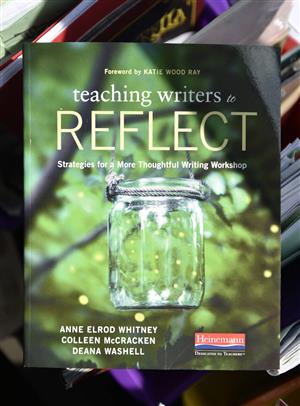 Toward that end, the book includes classroom strategies for recalling writing experiences, such as timelines and photos. The chapter on describing provides sample glossaries and word walls — language that enables students to evaluate their writing more precisely.

“Just giving them some of those words really helps them say what they were actually able to do, but in the moment of writing, they may not have been able to say,” McCracken says. “When you’re so task-focused, you’re not ready for the meta part. But they are capable of doing it.”

So far, the book has garnered praise among online reviewers. Reflecting on their three-year journey to publication, the authors singled out the friendship and teamwork that allowed them to brainstorm ideas and fuse their voices into one. They also noted the administrative support for their work.

“It took a whole lot of trust and openness in order to get this really important knowledge they had individually to be available,” Whitney says. “I couldn’t be more proud.”

Best of all, the learning has gone both ways. All three say they have grown as educators and writers from teaching reflection and composing the book.

“The process has made me a better teacher because we really have, through collaboration, dug deep into what we were doing with writing,” Washell says. “All of that has been so very powerful.”