Kicking off the first day of school, they gathered with their teachers in the Fairmount Building  auditorium for a farewell to Delta’s downtown home since 1981. After a short assembly and a group photo on stage, they proceeded to walk together to their new building on the State High campus.

Once inside, students marveled at the interior: two floors of classrooms — high school on the ground level, middle school upstairs — ringing a central, triangular amphitheater for relaxation and all-school meetings.

“It’s really cool,” senior Kate Leous said. “I think the first thing I noticed was how open it is.”

Delta’s move was among the many highlights on Monday, Aug. 26, as the State College Area School District began the 2019-2020 year for 6,851 students. All told, the district ushered in the year with five new or significantly-renovated school buildings.

State High unveiled its rear bus entrance, fitness center, auxiliary gyms, music rehearsal room, and the Student Success Hub outside the nearly-completed auditorium, each built during the last phase of a four-year project.

“We’re very excited to have opening day,” Superintendent Bob O’Donnell said. “There are a lot of preparations that go into opening a school year in a typical year. This year, there were even more moving parts with everything we have going on around our district. However, the most exciting part of today is the change process happening in our schools, where teachers are meeting new students and developing their own classroom communities with those students, developing relationships.”

Corl Street Principal Kelly Mark took time to build such a connection, kneeling to chat with a girl and compliment her braids as she left after kindergarten orientation. They agreed that the morning had been exciting for both of them.

For the first time as a principal, she greeted arriving students, gathering them in the all-purpose room first to meet their teachers. Then came her initial rounds to see how everyone was settling in, especially in the gleaming new kindergarten and first grade wing. As much as for her building’s “incredible spaces,” Mark expressed appreciation for her faculty and district support staff going into overdrive through the weekend to prepare for students.

“It takes a village, and we were in full force to get this ready,” she said.

Radio Park Principal Zac Wynkoop, who circulated among tables during lunch, chatting and dispensing fist bumps, also was grateful for his staff’s work before an “awesome” opening day.

“It was really cool to see the kids’ faces and their reactions to the new spaces,” he said. “It made it all worth it.”

Spring Creek’s debut began with Principal Todd Dishong welcoming students in the halls with the same cheer his Lemont and Houserville communities had come to know well. It ended with teachers like Jennifer Conklin sending students home with a little extra love as they left for waiting parents and buses.

“Great day today!” Conklin said from just outside the front door, a smooth start to the year in the books. “See you tomorrow!” 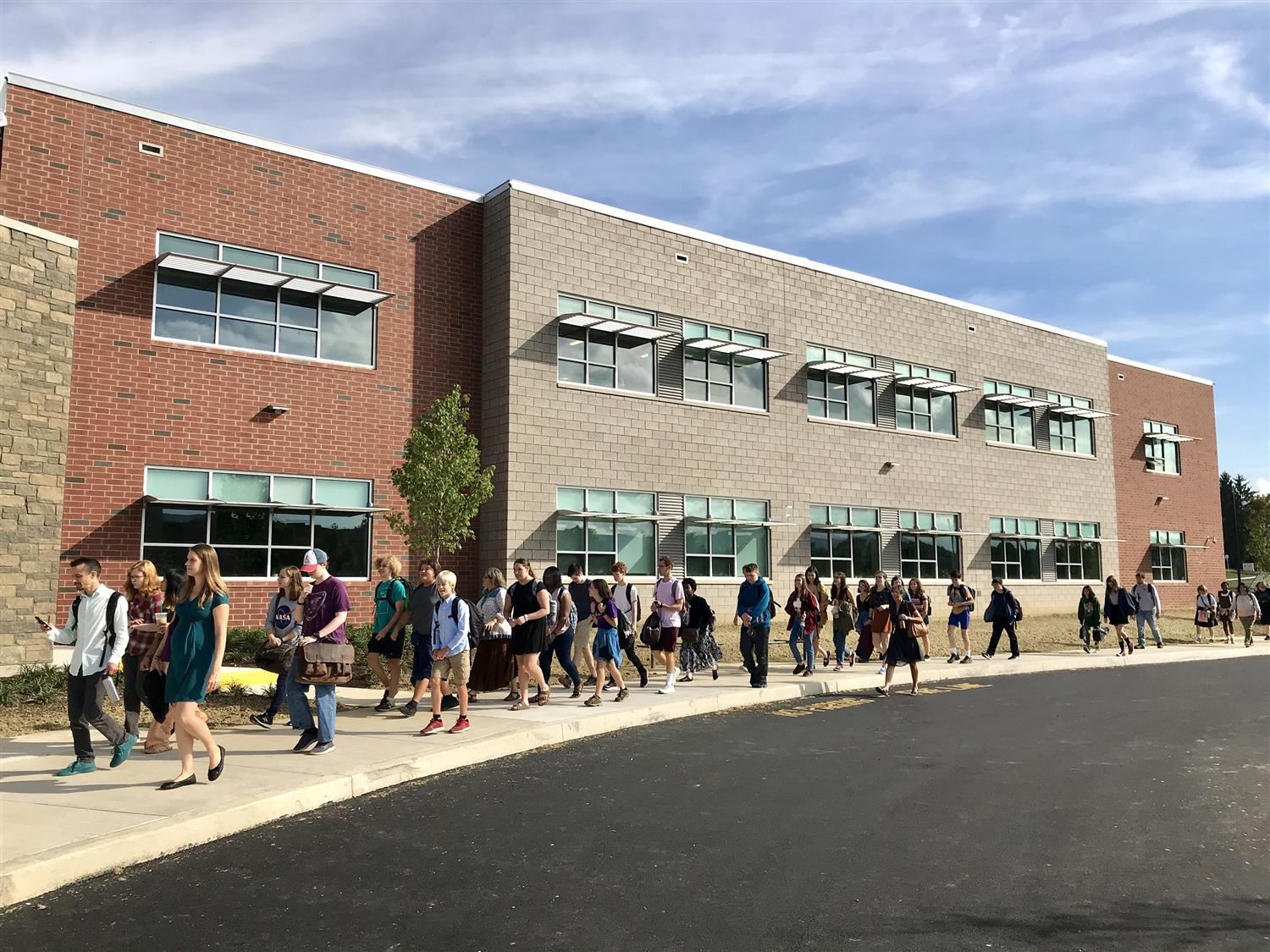