Inside the World Café 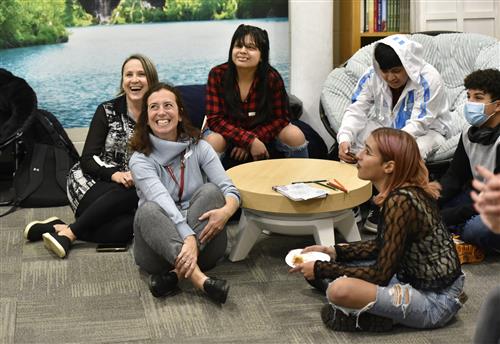 At State High’s World Café, the special never changes — a generous portion of conversation with a side of friendship.

Launched in September, World Café is the brainchild of senior Elena Wright, who found inspiration during her junior year. She and her friends saw ELL students around school, but nobody knew their names or anything about them. That bothered her.

“I felt like we needed to bridge that gap because I can imagine how daunting it is for them to come into a new country, a new school,” she said. “State High is really big, and I felt like they were apart from us.”

Her empathy came easily. When she was 8, she lived in Mexico City for a year. Though bilingual now, she wasn’t then — and that was tough.

“My mom is Mexican but I didn’t speak Spanish when I was younger,” she said. “Mexico City is really where I learned it. But it was so scary being in a new place. I didn’t know anybody.” 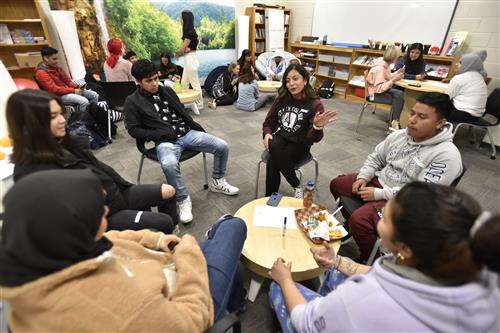 Lunch was chosen as a naturally social time, and because jobs prevented many ELL students from attending after school. From the start, the chats have bridged the divide. The first time coincided with Guatemala Independence Day, and Guatemalan flag face paintings provided a convenient prompt. So did a live social media broadcast of a Guatemalan festival.

Since then, students have found common ground, discussing favorite music and food, sharing funny family stories and exploring mutual interests. Conversations mostly toggle between English and Spanish, reflecting the predominance of Spanish-speaking ELL students, but other cultures, such as from Pakistan, have been represented. With Wright, Corza, Croswell and Spanish teacher Clarisa Capone translating when needed, meetings have often included board games and activities.

After seeing more interactions between World Café participants in school, Croswell believes the program is working via a positive message.

“The message being sent is: I value who you are as an individual and I recognize you have a lot to offer. I want to get to know you better. I want to learn from you,” Croswell said.

For some students learning Spanish, conversations have provided golden opportunities to practice with native speakers, which typically leads to smiles all around. 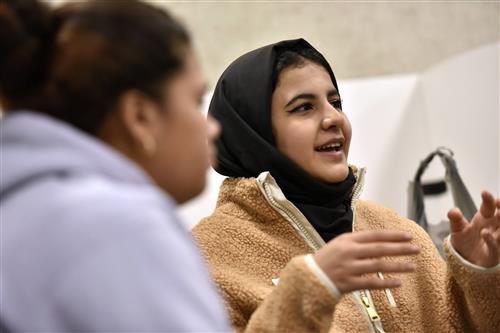 “This program has helped ELL students feel part of the school community,” Capone said. “They have made friendships, reducing the cultural/social gap.”

Bryan Wilifredo and Karla Martinez, both from Guatemala, have enjoyed the camaraderie and cultural exchanges. Martinez, who says she’s not usually talkative, feels less shy trying out her English and also correcting mispronounced Spanish.

Yariel Ginorio, who hails from Puerto Rico, appreciates connecting with people from other countries. “It’s good that we’re bringing people together instead of being separate,” he says.

That’s been gratifying for Wright to see. Though she loves speaking Spanish outside of home, she hopes World Café attracts more people and cultures. But for now, she’s happy to greet new friends in the hall — strangers no more.

“We’re all just teenagers eating lunch together, talking about normal stuff,” she said. “Everyone benefits.”