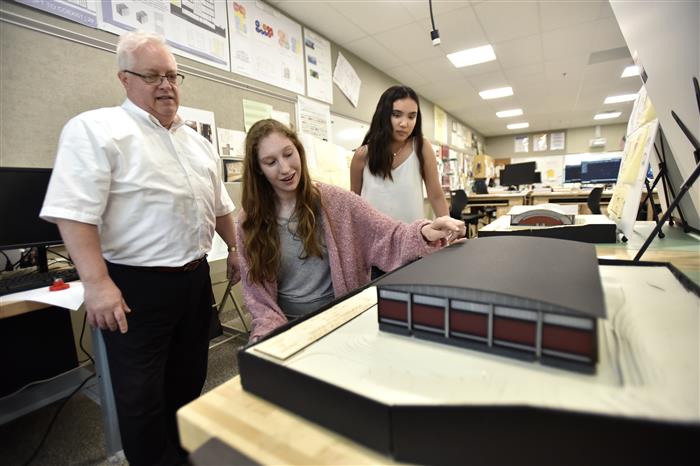 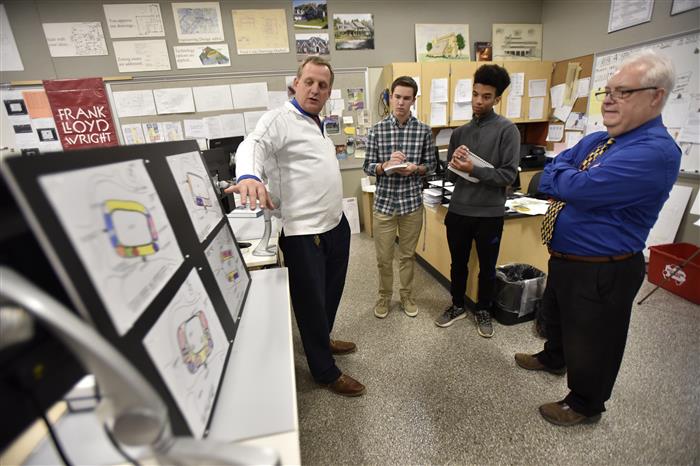 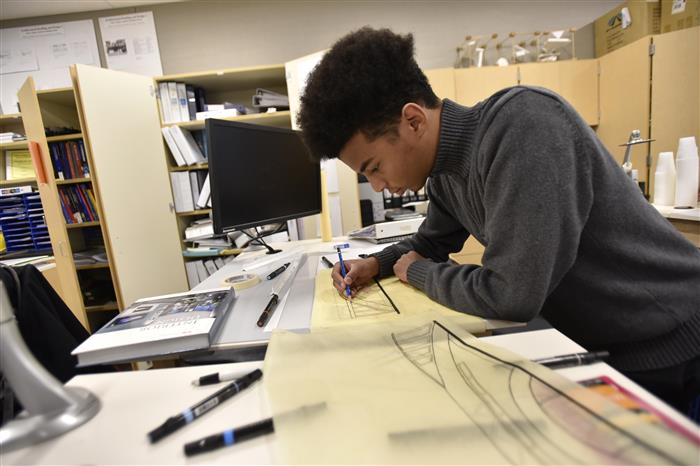 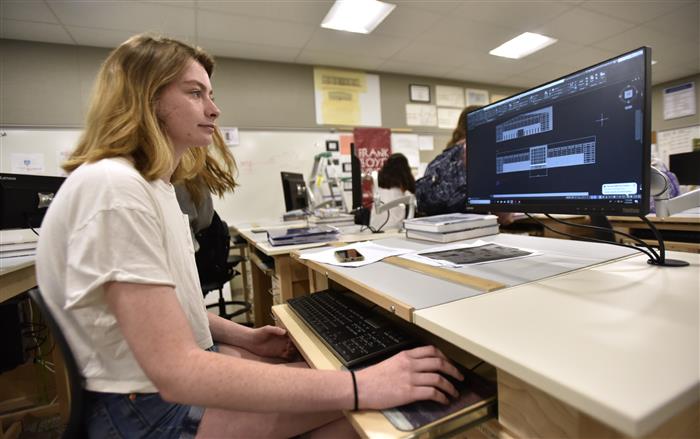 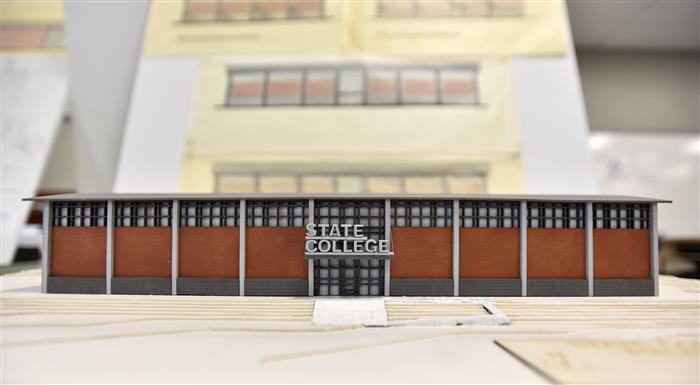 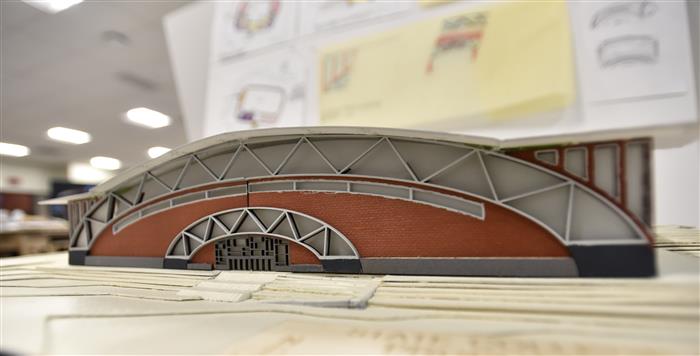 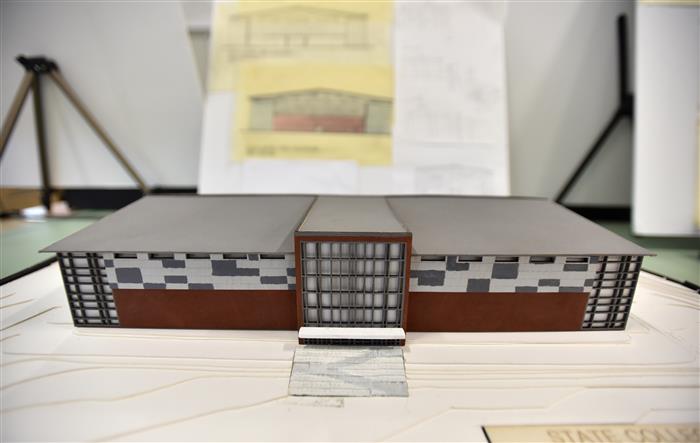 This spring, while work continued on finishing their new school, Architectural Drafting and Design 4 students completed their own State High projects.

“Coming up with designs for the State High field house was a really fun, creative process because we got to use the laser cutting,” Abbie LaPorta said. “It felt almost unlimited in what we could make.”

The projects date back to a conversation between Crawford and Athletic Director Chris Weakland five years ago. Weakland wondered if Crawford’s students could create conceptual design drawings for a hypothetical athletic building on the North Campus, where the North Building once stood and the North Field is now located.

“At that time, I was just in my second year of teaching and I was plenty busy with settling into my job and this program,” Crawford recalled. “I told Chris that I would come back to him some time to revisit his idea. Going into my sixth year of teaching, I felt comfortable with the project, so we sat down and reviewed the projects criteria.”

Last fall, students obtained information from ELA Group, the registered landscape architect involved with developing the North Campus, before they reviewed the site and researched zoning and building code requirements. Using skills learned from previous architectural drafting and design classes, they first created their own conceptual designs. Then they split into teams, each focused on turning one design into a scale model.

In designing their models, teams took into account factors such as a 70-foot high peak height, elevation contours, and accessibility requirements that dictated entrance ramps. Designs also had to include interior amenities for athletes and spectators.

“It was pushing our creativity to the limit,” Lara Roe said. “We had to have all these certain parameters.”

Students said they enjoyed both developing initial concepts and creating model parts based on computer-aided design drawings made in class. Several recalled that, over the course of a year, they learned the values of teamwork and time management.

“Even though you think something is going to be done quickly, it always takes a lot longer than you expect because there were a lot of changes in the design process, especially when we were putting together the model,” said Richard Sodeinde, who aspires to become an architect.

Tyler Nordblom, who plans to study civil engineering, agreed that budgeting enough time for surprises is critical. His team’s unforeseen changes at the last minute, however, didn’t ruin his experience.

“I just really enjoyed the fact that I got to learn something new, and I can take my experience from this and transfer it to college,” he said.

For Shea Stuyvesant, the best part came when her team’s model finally emerged from renderings and blueprints — a tangible sign of success.

“I liked to see it at the end,” she said. “It was a mess all year, and now it looks really nice.”