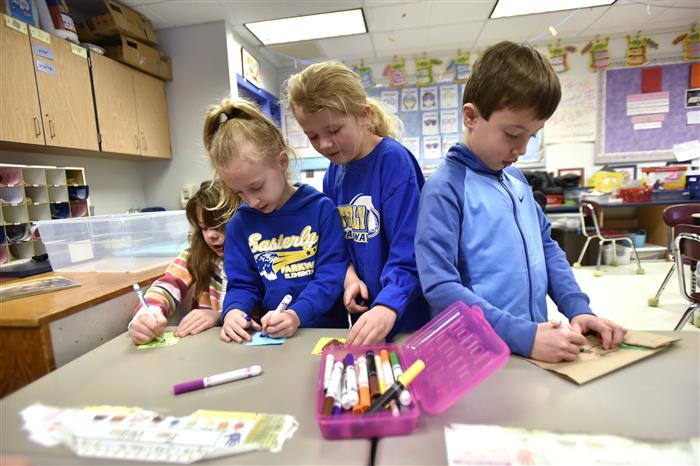 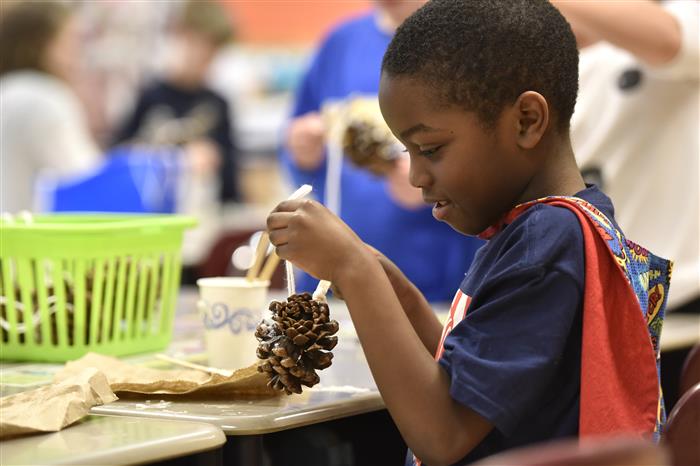 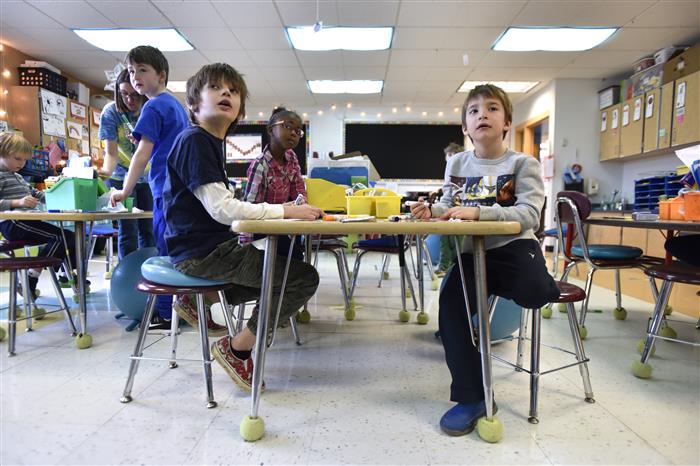 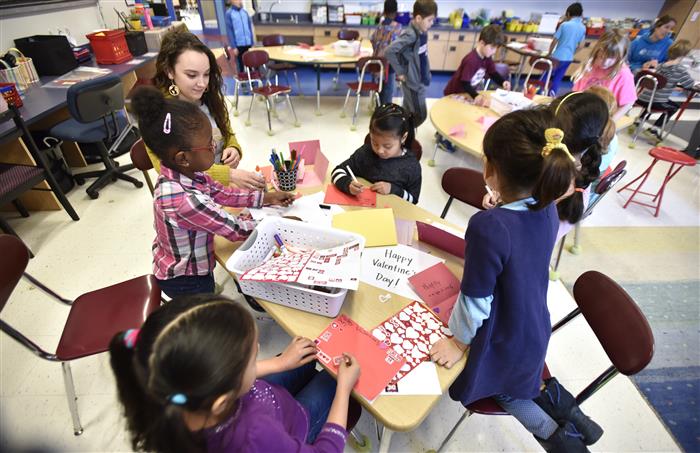 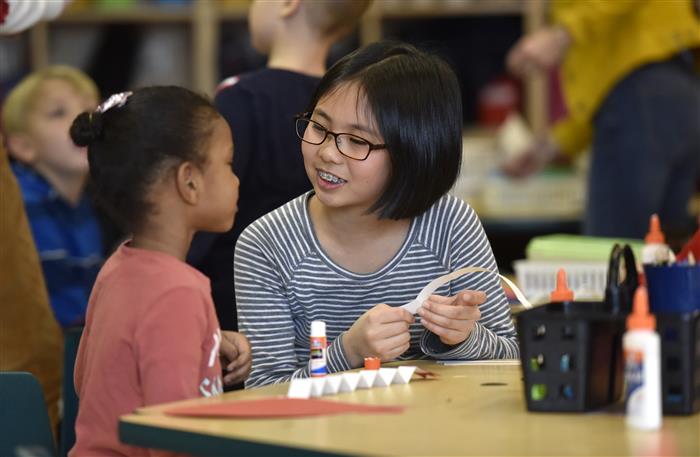 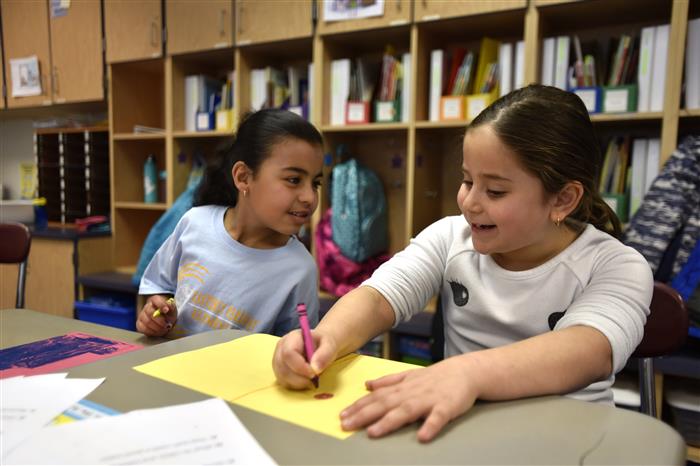 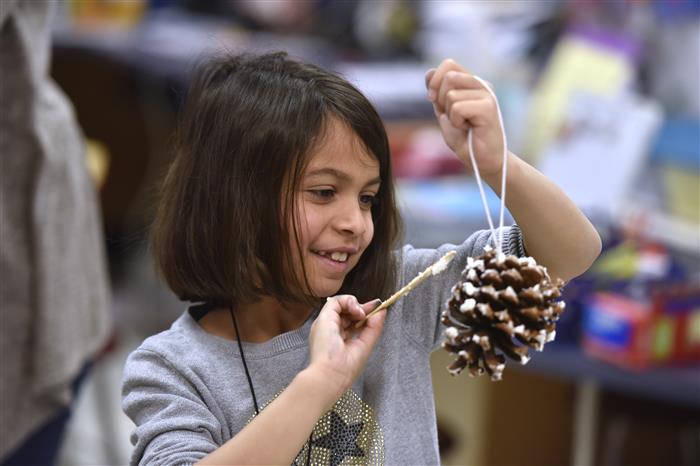 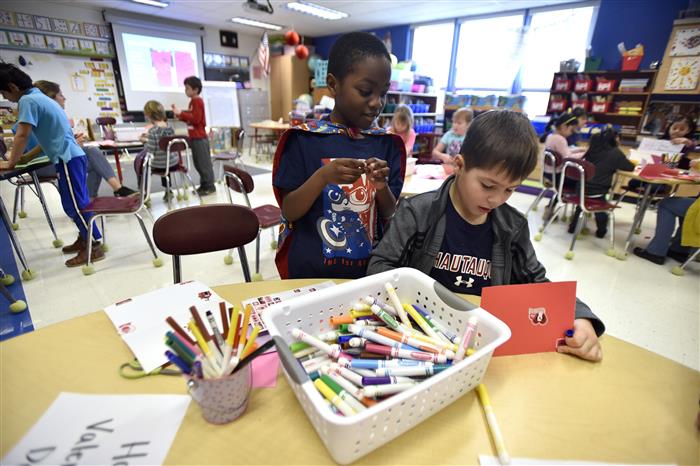 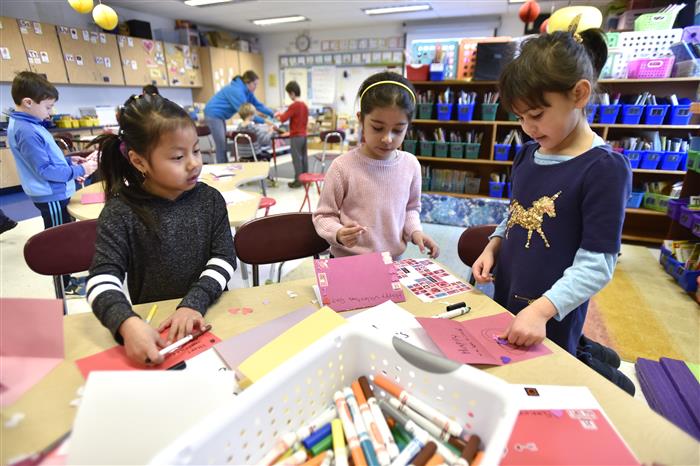 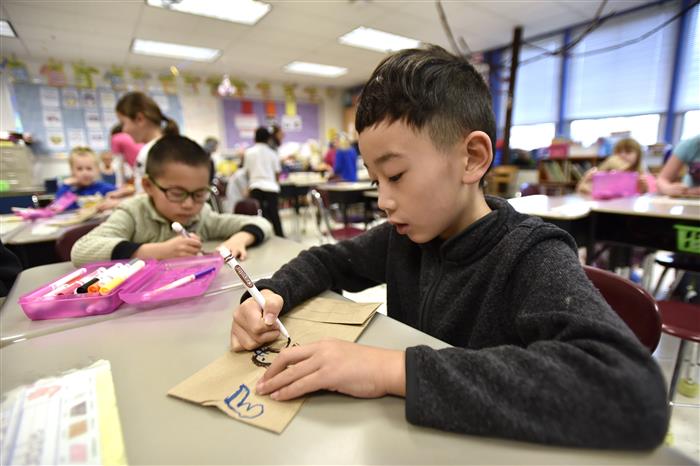 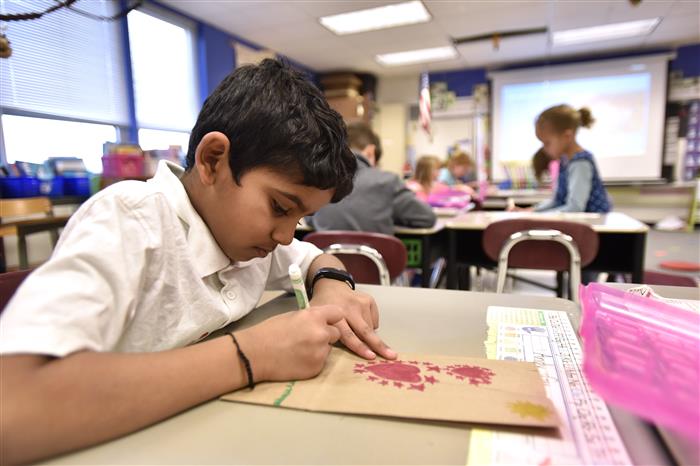 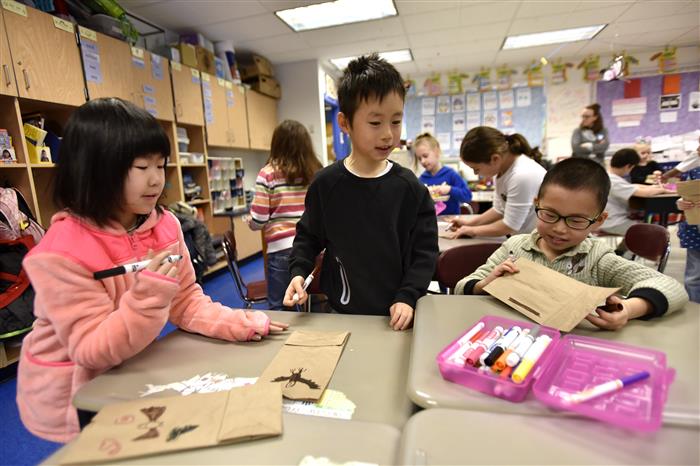 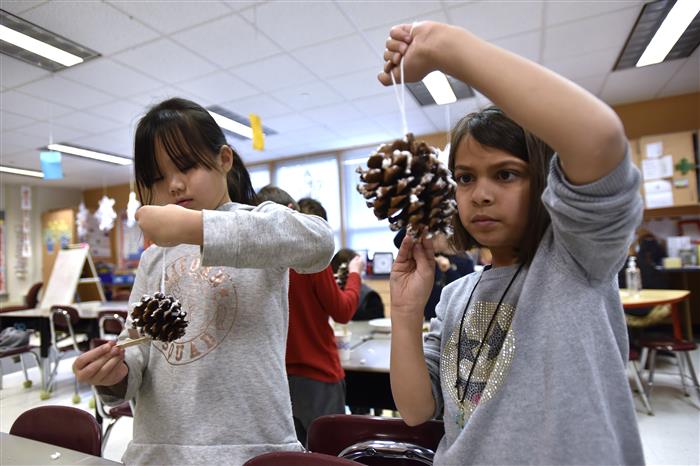 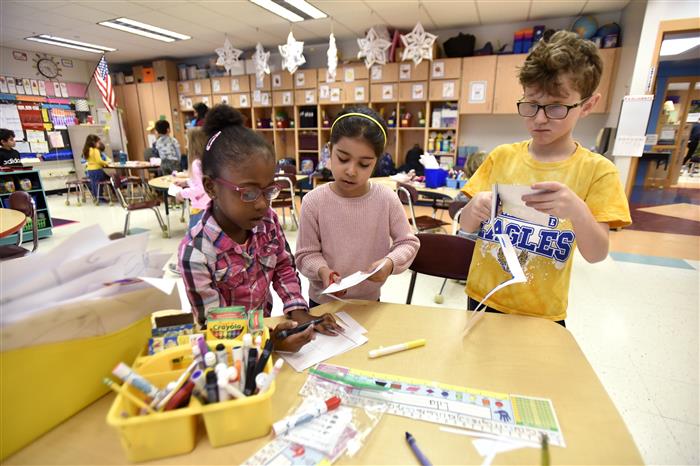 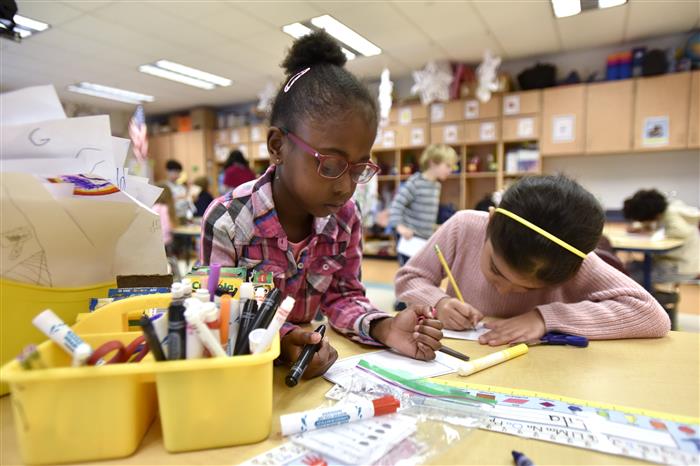 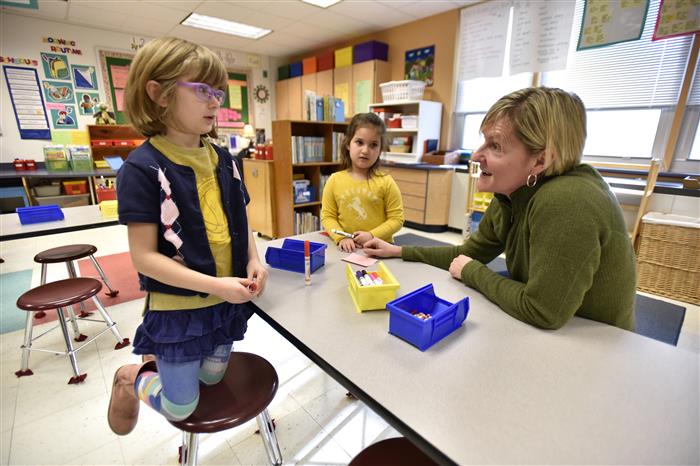 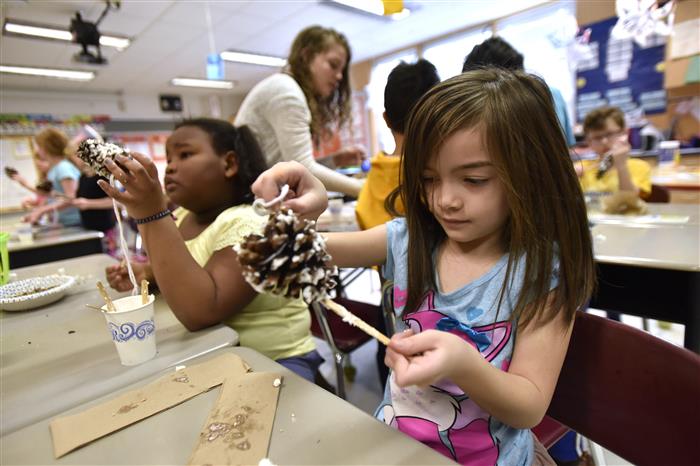 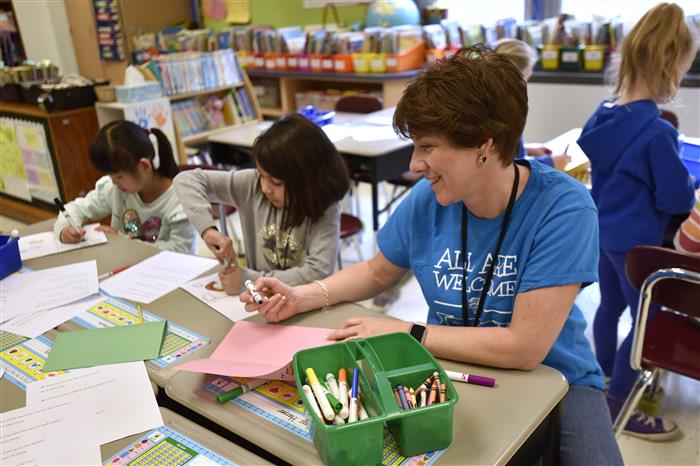 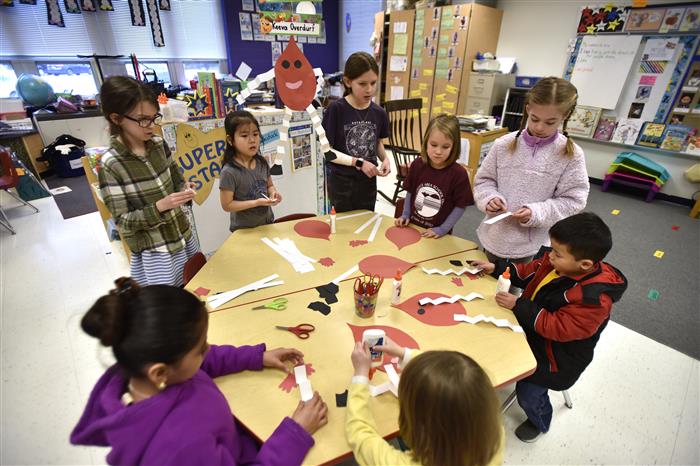 At the annual Helping Hands Fair, an Easterly Parkway Elementary School tradition, Roman Cienfuegos sketched out how shelter animals might have a better chance of finding homes.


Roman, a fourth-grader, joined a small group drawing unicorns, rainbows and hearts on a colorful poster meant for decorating a Centre County PAWS kennel. As she saw it, the poster could help generate attention for deserving cats and dogs.


“Maybe people will adopt them more,” she said.


Her work contributed to the school’s 13th fair, a day-long event in which grades took turns completing activities at stations in classrooms, all as community service. Besides kennel decorations, students made valentines for Meals on Wheels clients, bookmarks for Schlow Centre Region Library, cards for children at hospitals, posters for mini-Thon events, decorated cookies for local emergency responders, and cards to active duty military personnel. The aid included making bird feeders and collecting bags of donated clothes.


Third-grader Mattie Acquaviva labored over a card for his grandmother, a former military nurse, that read “Thank you for being my grandma.” In contrast, his classmate, Tristan Brandt, dashed off three cards in a short span. On one, he surrounded his message with five smiley faces and several swirls.


At the children’s cards table, third-grader Noelle Titus announced to a visitor that she was “the leader of the station.” She claimed the title for a good reason: her uncle, a surgeon at the Penn State Health Milton S. Hershey Medical Center.


“I’m going to bring the cards to my house and then to the Hershey hospital,” she said.


When asked about the fair’s purpose, third-grader Eveline Overdurf immediately knew the reason behind all the coloring, glueing and frosting.