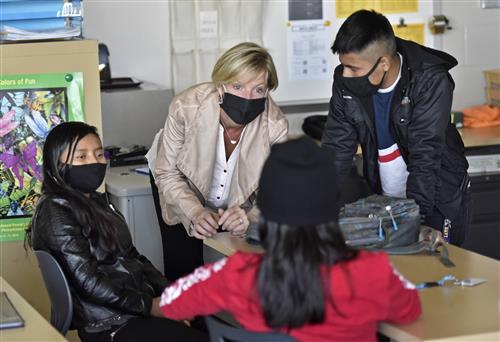 Only a few students in the State High hallway got Alix Croswell’s joke, and she was glad. Making people giggle in your native tongue is one thing, but it’s quite another in a foreign language.

“Don’t forget to hold hands while crossing the street,” she said in Spanish, teasing the teenagers leaving their English as a Second Language classroom for a field trip.

But Croswell, as the State College Area School District’s first K-12 family liaison/bilingual educator, was at the school for a more serious purpose than eliciting smiles. Earlier, she had been in the nurse’s office, translating for a Latino student who needed to schedule a physical exam and update her vaccinations. Afterward, she and the girl discussed plans to go to the appointments together.

These are exciting times for Croswell, a gregarious longtime teacher fluent in Spanish from living abroad as well as developing close relationships with Hispanic families during her career. Since starting this fall, she has combined her linguistic ability, bilingual education experience and altruistic nature to connect students and parents with limited English proficiency to their schools and community resources.

“It’s really important work for me and I feel so lucky to be able to do this job,” she said. “When they created this position, what they were actually doing was creating my dream job, one that I’ve wanted my whole life.”

She’s part of a push to adjust to an increasingly diverse district which has 46 languages spoken in homes and approximately 300 students who are current or past recipients of ESL services. For years, the district’s ESL department had advocated for Croswell’s position, until federal pandemic aid opened the door for funding. 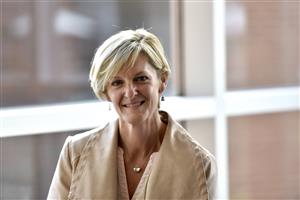 Now, she’s tasked with partnering with ESL, special education and student services colleagues to assist families of second language learners as well as facilitate learning. She might relay a Spanish attendance call or guide a family through COVID-19 testing one day and another, explain American classrooms to a new high school student or help a teacher understand a child’s background and culture for more sensitive instruction. Presently, she’s coordinating the creation of a district Office of Translation and Interpretation Services.

“Alix is deeply committed to ensuring that language is not a barrier to success, both socially and academically,” said Andy Wilson, a State High ESL teacher.

Croswell’s affinity for Spanish and Latin American culture stretches to her State High years, when she lived with host families in Spain and Belize. Those experiences paved the way for a Latin American studies major at Smith College, including a semester abroad in Buenos Aires, with classes and oral exams entirely in Spanish, and a fluency requirement for her degree.

After graduating, she taught bilingual classes and served as the community resource director for a heavily Hispanic charter school in East Palo Alto, Calif., getting to know Mexican families from being invited to birthday parties or into kitchens to make tamales. 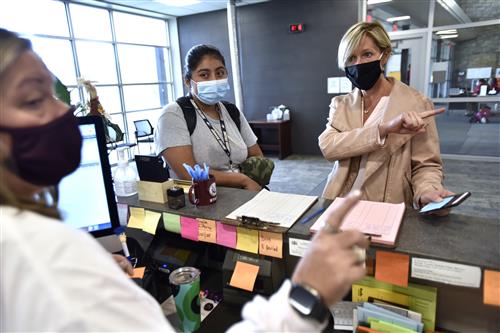 “A lot of the families became my social network at the time,” Croswell said. “I really felt cared for in a deep way, and they had so much to share and offer, it really made me want to be able to do what I could to help them, to give back.”

She continued her devotion to community service while earning a master of education degree at Xavier University, teaching in a North Carolina Montessori school, and returning to State College to teach second grade at Easterly Parkway Elementary. One morning, a catalyst arrived in the form of a sobbing first-grader nobody could understand. The principal had been told Croswell spoke Spanish and, in desperation, brought over the girl.

“I’m really proud of the district and the steps we’ve been taking to make progress on this front and really open up one another’s eyes and arms and hearts to the differences between us,” she said. “But there is still a lot of work to be done.”